Rendezvous at the Russian Tea Rooms

I've been invited to the launch party for a book called Rendezvous at the Russian Tea Rooms by Paul Willetts. 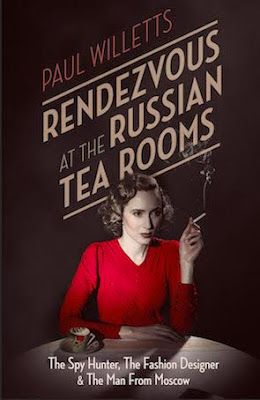 The book tells the story of a little-known yet significant espionage episode, most of which took place between May 1939 and May 1940. It focuses on three central characters: Anna Wolkoff was an haute couture fashion designer whose clients included the Duchess of Windsor, and who was also a spy for the Nazis. Tyler Kent was a womanising American diplomat who also doubled as a Soviet spy. Maxwell Knight was an urbane and eccentric spy hunter with MI5. The lives of these three characters became entwined as they moved amongst London's elite society during the first part of World War II, jeopardising the secrets of the wartime government.

Back in January, the book's author, Paul Willets, contacted me about being the model for the cover of the book. Unfortunately, I was in the midst of a horrid chest infection (which has left me with permanent damage to my lungs). I was in total denial about how sick I really was until just before the shoot was about to take place. I let him down terribly at the last minute, with only a weekend to find another model (which, thankfully, he did). I loaned him some dresses that belonged to an actor friend, Emma Bown (below). When he stopped at the house to pick them up, he brought me a huge box of chocolates. Instead of being cross - which he had every right to be - he was so thoughtful and kind. A true gentleman. 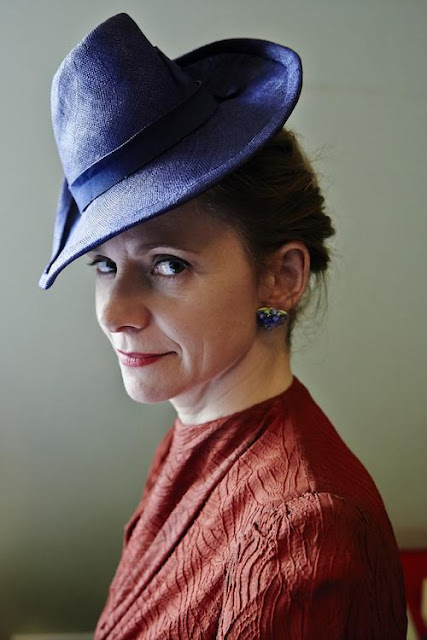 This is Emma Bown, and she is in the trailer for the book, here.

I'm looking forward to dressing in something from the late 1930s, and having a fun night out. My good chum Simone will be accompanying me, and undoubtedly she will be dressed beautifully, as always. I predict by the end of the evening we will be in Cahoots!