This pattern is from The Needlewoman magazine from July 1934. Worked in 'Viyella' laceweight wool in red, white and blue. To fit a 34 inch bust. (The pattern is at the end of the post). 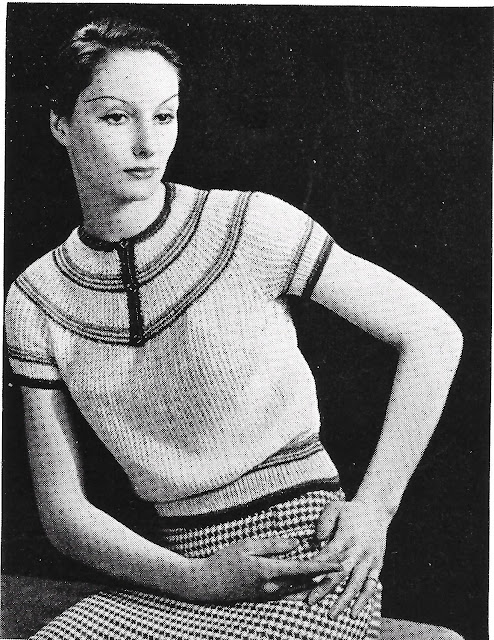 I chose this design because it took first place in The Needlewoman competition, but also because they name the designer. '...an original design by Miss E. W. Fisher...'

The 'house' designers working for magazines had no such fame, they anonymously toiled away, churning out designs week after week, unaware that their work would be so highly regarded 80 years later, (by me at least). I would absolutely love to know who they were, what they thought of their job, and how much they were paid in comparison to clothes designers. The couturier Schiaparelli occasionally designed for The Needlewoman in the 1930s, to great acclaim. 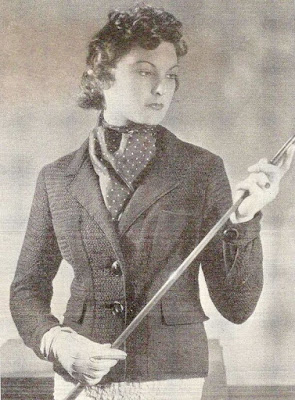 It is a very structured jacket, but I personally don't think it is as attractive or imaginative as the jumpers being designed by people who worked for the big knitting magazines like Stitchcraft, Good Needlework & Knitting, and Woman's Weekly. It is just a tailored jacket in knitted form. It was popular for that very reason; it successfully resembles a jacket sewn in fabric. A jacket smart enough for a lady to go riding in. 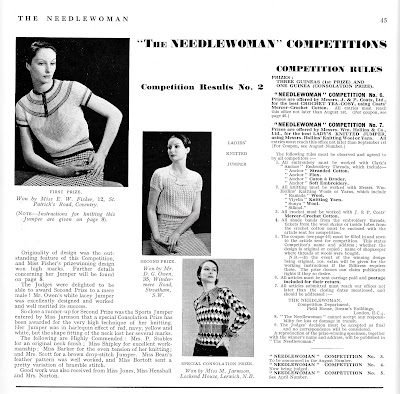 I have also included the page on which the runners up and their designs are featured. It is fascinating reading (for vintage knit geeks). First prize was three guineas, and the 'consolation' prize one guinea. This competition was so close for runner up that a third place was awarded for the 'Harlequin' jumper, also an original design. It was let down only by the neck shaping and fit. I would have awarded it first place! It is by far the most fun. 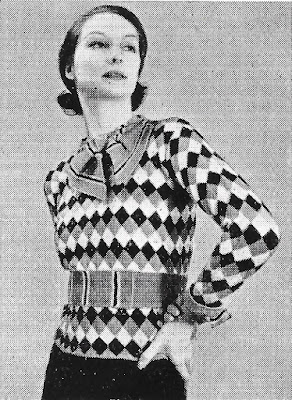 What I also find interesting is the design that took second place (below), designed by a 'mere male!' This is actually the jumper I would be most likely to knit, but the 'Harlequin' jumper is still the most fetching, with it's contrasting bow neckline and belt. 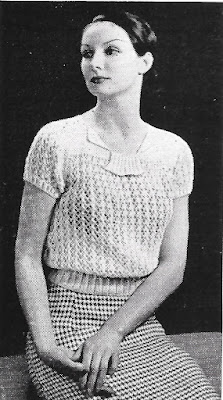 Here is the pattern for the prize-winning jumper. 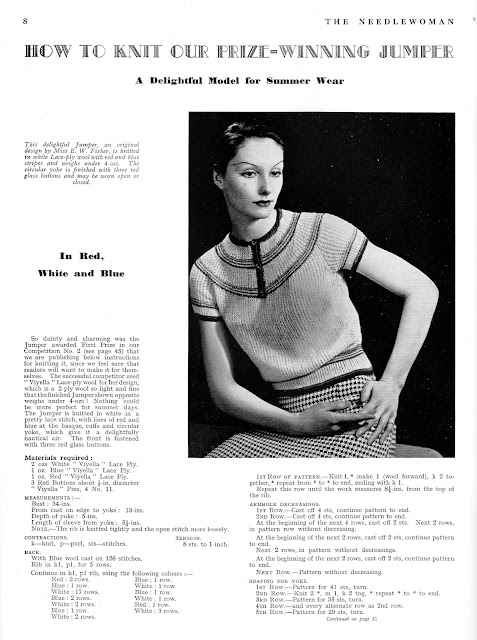 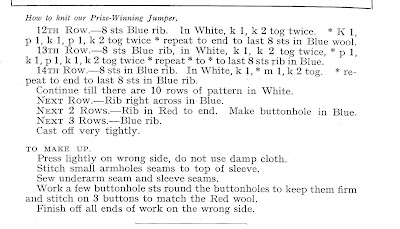