Oops, I did it again

I've been weak again - I started another jumper. It has been on my list since I saw it on the cover of a wartime Stitchcraft magazine.

I've mentioned before about my slight obsession with knitting magazines, and I acquired this one a little while ago. I have to report that I have been a good knitter recently and have not been on Ebay. 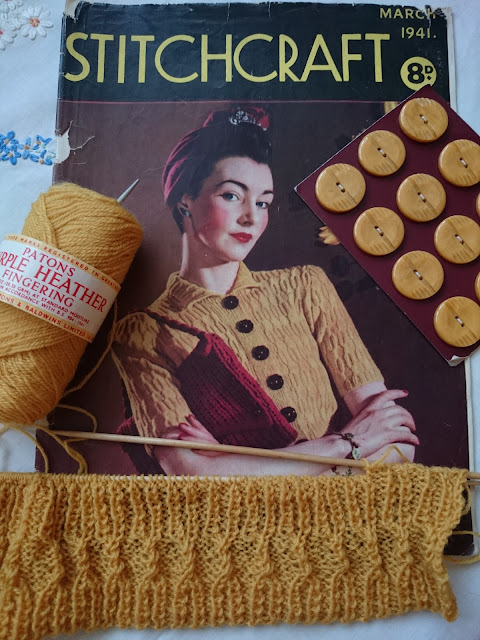 It is described as a honeycomb pattern, and is more challenging than anything I have done recently, and I have to say I am really enjoying it. A bit of cable, a twist, all interspersed with ribbing. I haven't got far yet, but I only started on Monday. I had two reasons for starting it: I have had this wool in my collection for a long time, saving it for a very special knitted. It is a very close colour match. I found the buttons at Spitalfields market, but I still haven't found a buckle, which is quite crucial. I've really got to hunt one down to match the buttons. The original uses buttons to tone with the bag, I think, but I don't think I'll make the bag.

The second reason for starting this was her pose and the turban she is wearing. It's just so chic. If I try to recreate that pose I might need to invest in some more blusher! Woah, that is all the rouge. 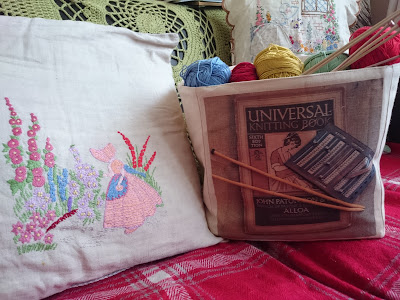 This is my new project bag. The moment I saw it at the E17 Art Trail, I knew I had to have it. I have one of the old row counters that is printed on it. It is from Dotty Designs, and can accommodate quite a hefty amount of wool! It lives next to my sofa now, in full view, not stuffed in the corner with all the lost souls of half-finished knits. 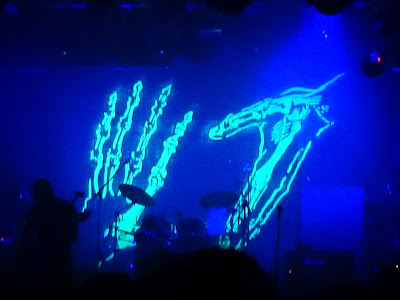 This week I went to an L7 gig in Camden town at The Electric Ballroom. It had been quite a long time since I went to a gig, and - wait for it - more than 20 years since I last saw L7! (I may as well come clean, it's not like I'm pretending to be a young flibbertigibbet.) It was at the now (in)famous 1992 Reading festival. L7 were wonderfully wild and already notorious, riding on the (short-lived) 3rd wave of feminist optimism, as was I. I wore a t-shirt by Silverfish emblazoned with the slogan 'Hips, Tits, Lips, Power'. 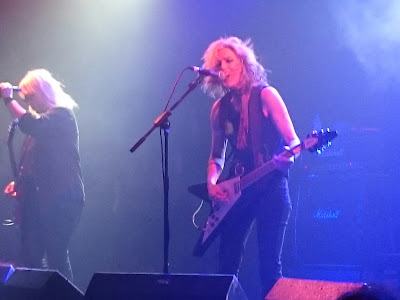 They did not disappoint. My friends and I got in just as L7 went on, deciding on one last quick drink in one of our old haunts The Good Mixer. 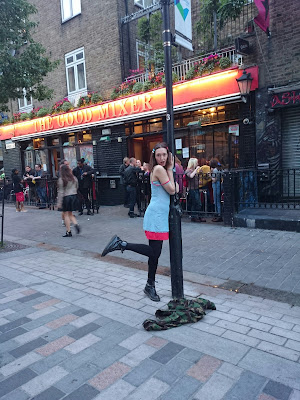 Err, I don't know what I'm doing here. Too many Snakebites. 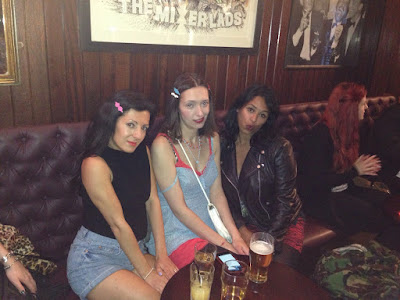 I went with my two Riot Grrrl buds, Shanthi and Nese. We used to roam the streets of Camden Town on a regular basis, but Nese and I both have children, so now we mostly roam playgrounds and parks. 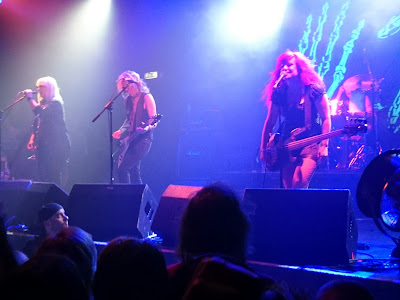 We shoved our way down near the front, and the crowd just boiled when they played 'Andres'. After a few songs, we looked guiltily at each other, and decided we needed a drink. Not that the pit was too much for us or anything! 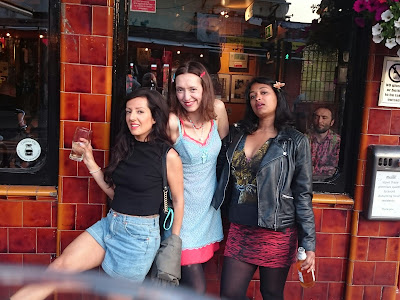 Ah, it was fun being 'young' and carefree again. Glad I got the last Tube home, though.