I have been absent for a couple of weeks due to a virus. I tried to blog last Sunday, but my brain wouldn't cooperate, so I gave up and decided to knit and crochet instead. I'm still adding to my collection of crocheted snowflakes - up to about 20 now, and still going. I keep giving them away! I blocked some on clingfilm-covered cardboard, and they stiffened up nicely. 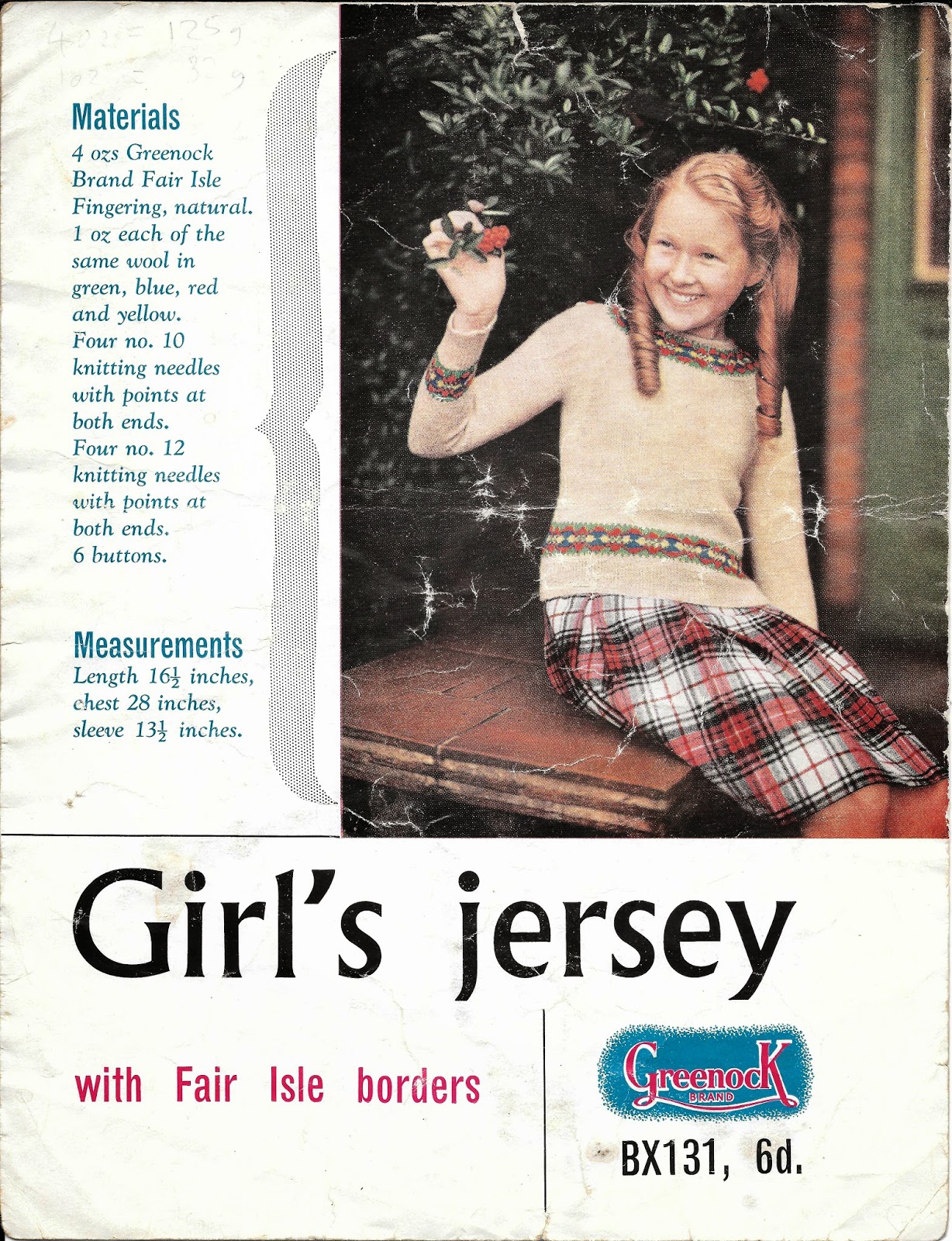 This is a bit festive looking, so very appropriate for this time of year. If you start now, it could be finished for Christmas. 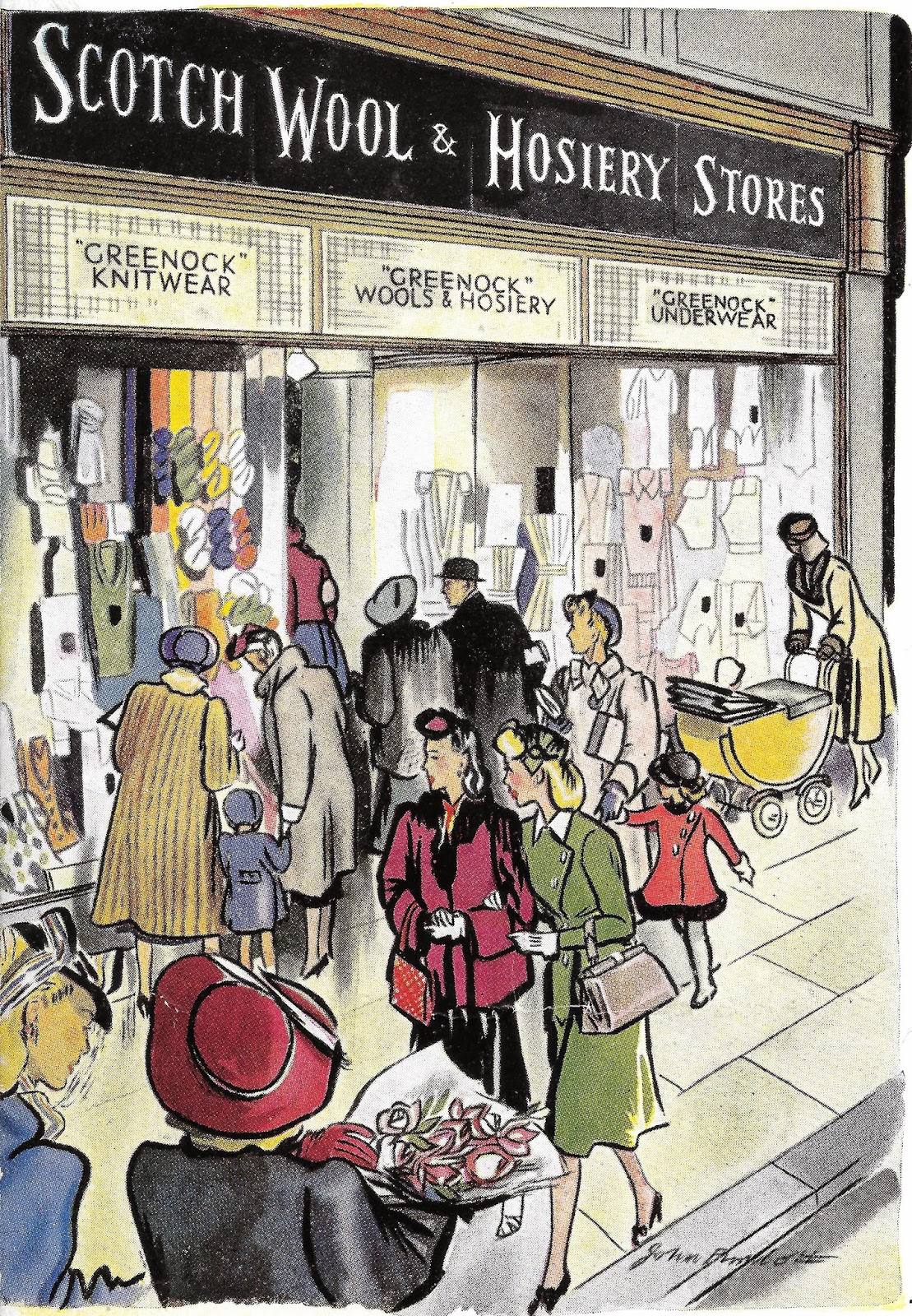 It is knit in the round, which is unusual for a vintage pattern - I'm guessing it's from the 1950s. Published by Greenock, from the Scotch Wool & Hosiery Stores. Which sounds exactly the kind of place I could while away an entire day, parting with pounds, shillings and pennies. On a slight tangent, I have often dreamt about being in the BBC's wardrobe department - in my dream it is a warehouse, and I am frantically going through the seemingly endless rails of beautiful 30's knitwear. It is all a complete adrenaline rush, and I never seem to be able to get out of there with anything!

Has anyone else noticed that a lot of the knitwear used in the televised Poirot and Marple series was used more than once? I saw a blue cardigan in a fancy stitch worn three times! Once in a Marple, and twice in two different Poirots. Disgraceful!

But seriously, it is a bit slack. I would make it my business never to duplicate a knitted if I were sourcing the costumes. I know they are different productions, but they should do their homework. (You can guess what I've been doing while I've been ill!) I watched Carrie's War the other day with my boy, who was too ill to protest, and he actually quite enjoyed it. At nearly five, he must start his grounding in history. And what better start than a film about evacuees in WWII? It was an excuse to make him realise how easy his life is in comparison with children back then. Next time he asks for a treat, I'll give him an egg.

Carrie's War is jam-packed with wartime knitwear. Ladies' jumpers and cardigans, girls' fair isle berets, balaclavas for boys (which he wants now - hooray)! Every time I watch it, I spot another knitted I hadn't seen.

Anyway, back to the free pattern. I thought I might be able to size it up, but never got round to it, as with most things. If the 3 ply were substituted with 4 ply or double knit you would be able to get bigger sizes quite easily. You would want to lengthen the body and arms too. 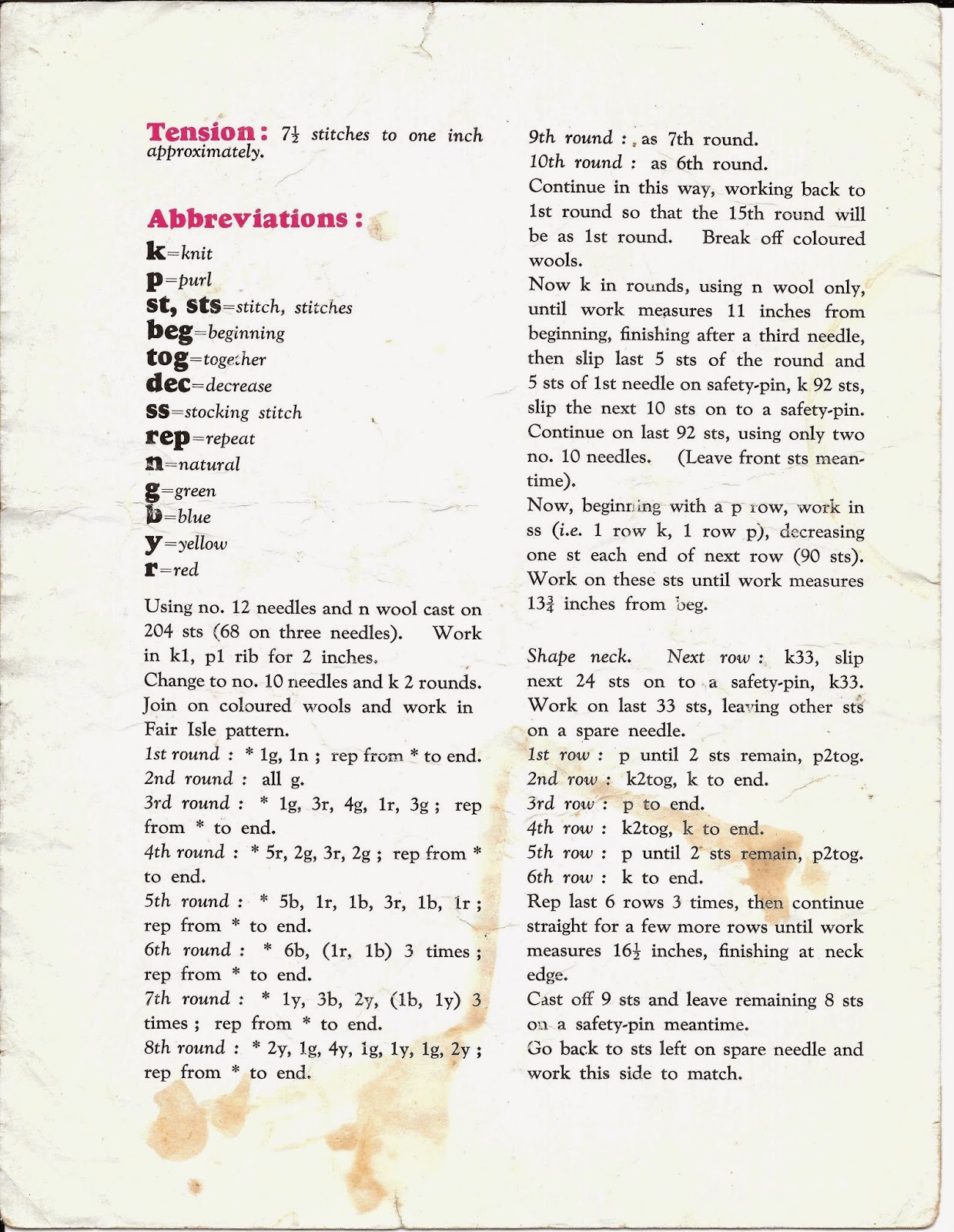 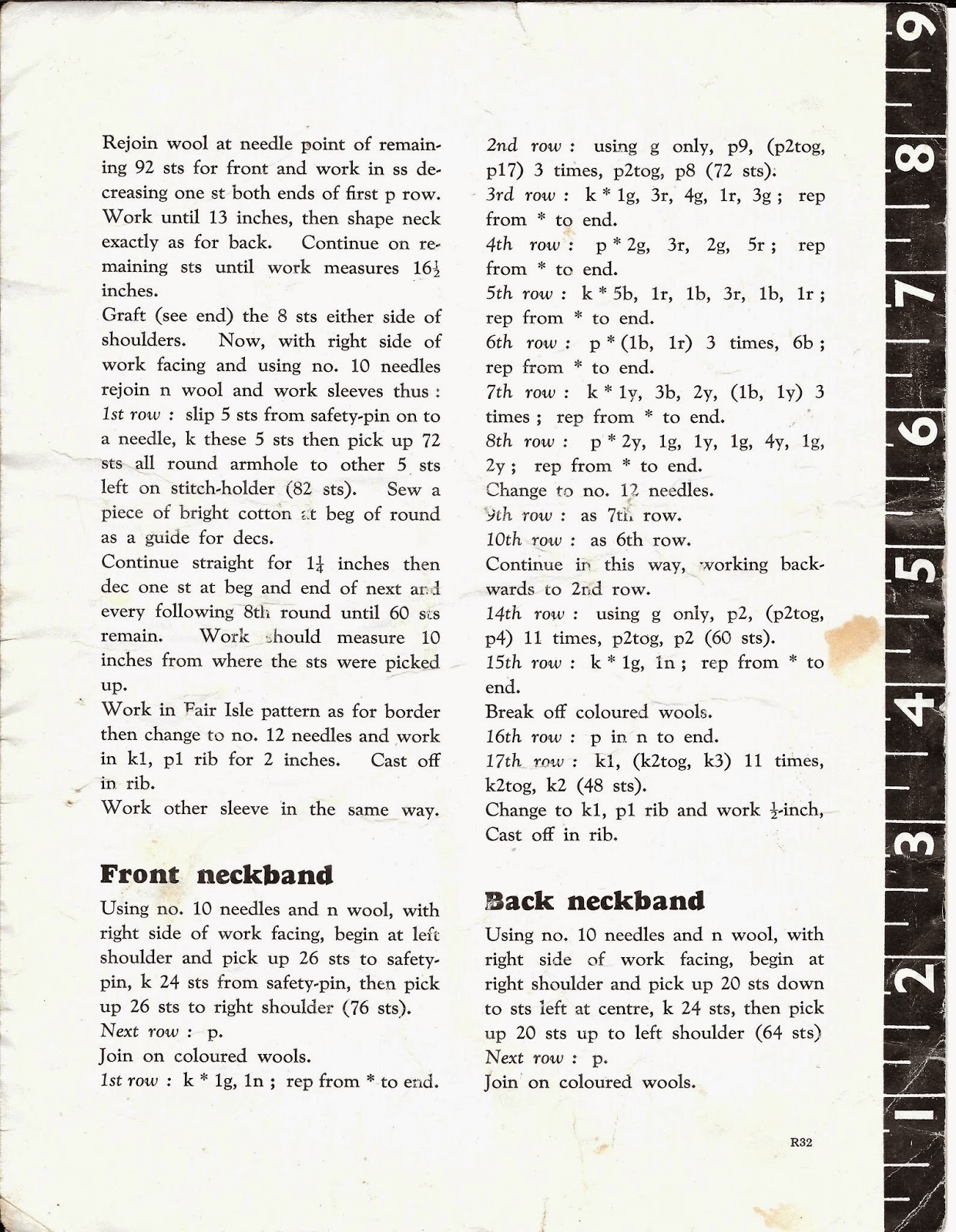 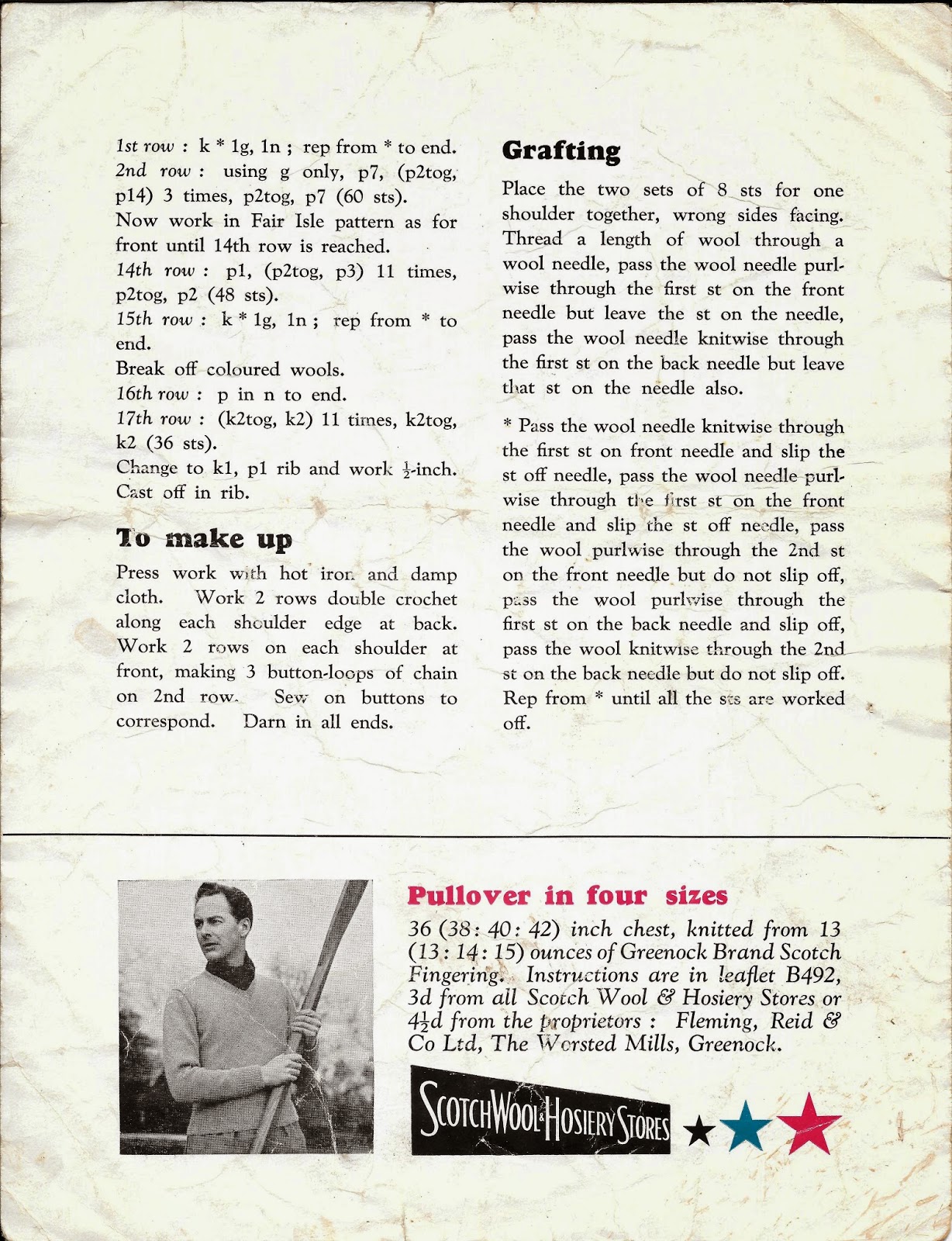