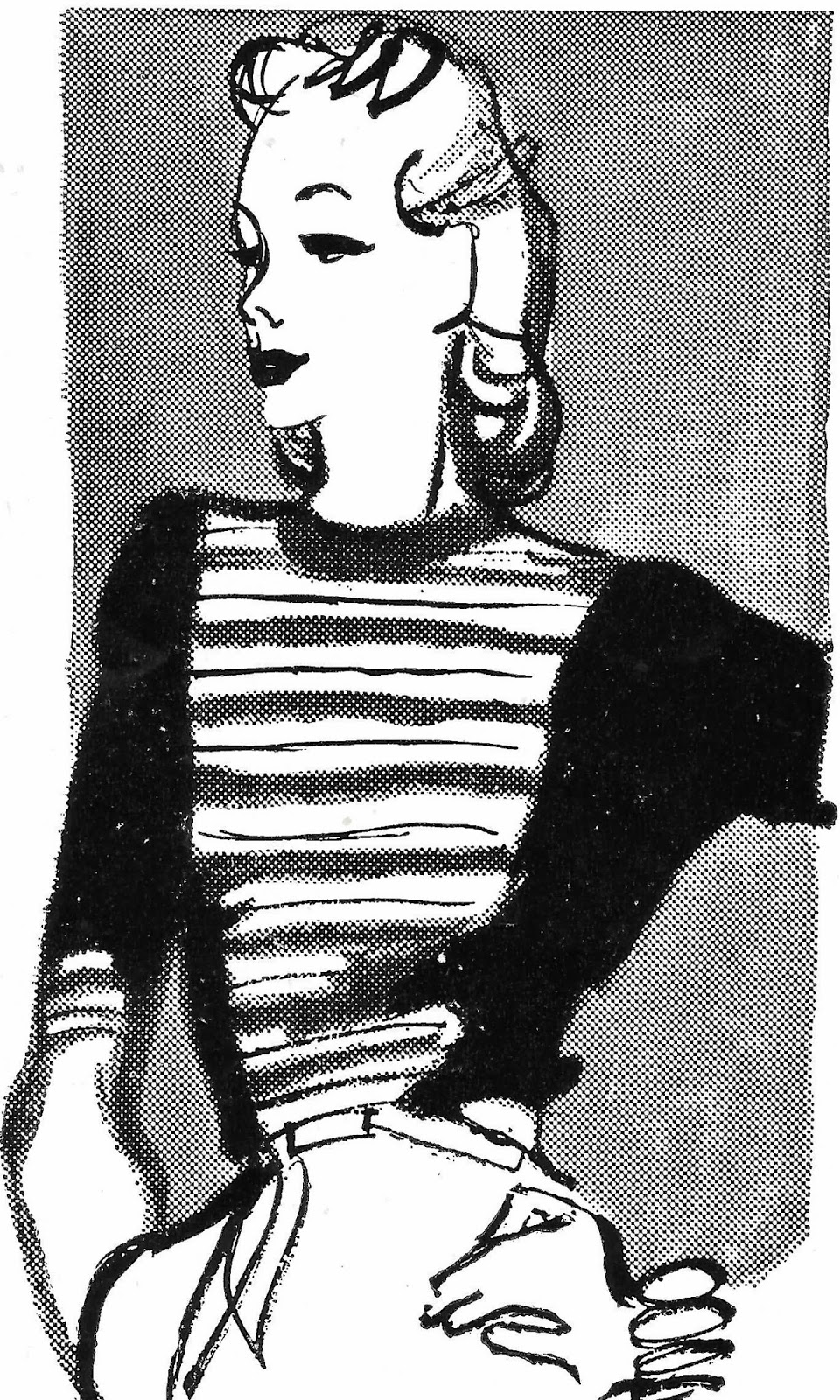 This week and last has been busy with children on Easter holidays, but I have still found time to do a spot of knitting, and crochet. I'm still working on Your Victory Jumper, which is going quite speedily for 3 ply wool.

I've been looking through some wartime magazines and found some very interesting material which I thought I would share. 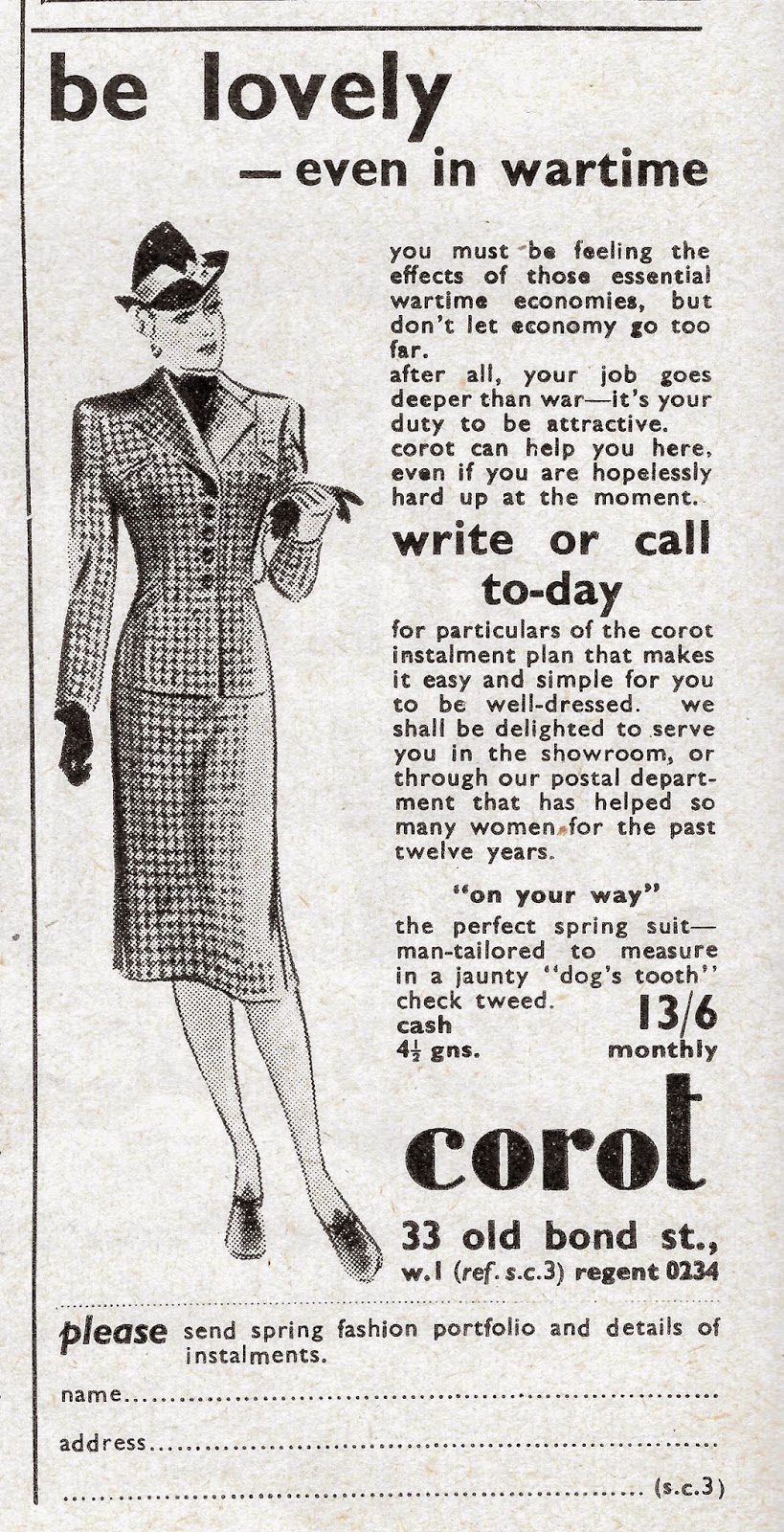 Not a hint of coercion here - just a feeling that if you didn't do your darndest to look presentable, you would be scorned, or worse, accused of damaging the war effort. Women were expected to make an even greater effort in their appearance - 'beauty as duty'. I'd heard that phrase before, but was reminded of it by Jeni on her blog Yesterday Girl. 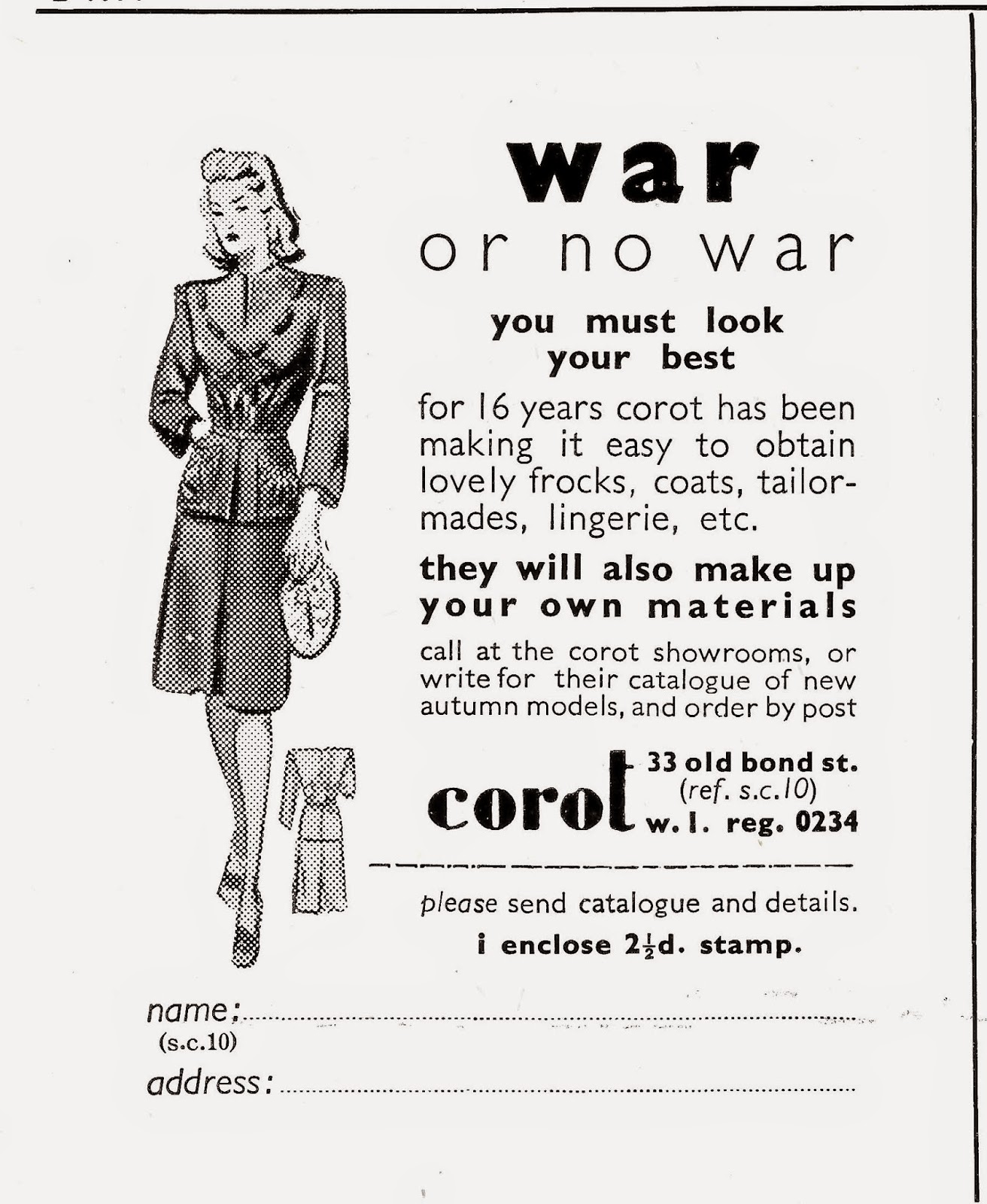 It is very apt now with the Fashion on the Ration exhibition on at the Imperial War Museum, which I still haven't managed to get to - yet. I'm going to try and take my mum, as she is the one who nurtured this interest in the war years in the first place. She has read so much on the period, she's practically an expert now. I went to an exhibition with her while I was still at school, and I can't for the life of me remember when it was. I think it was at the IWM . It was very influential. There was a projection on a big screen of the fashion show (in Technicolor) from the film 'The Women'. That film is now one of my favourites, for so many reasons.

I have yet to find a Tangee lipstick, but that is probably for the best, as I would no doubt wear it. Only to test the claim that it changes from orange to whatever colour will suit me. How could any woman resist that temptation? I really love the military rhetoric of the advertising of this time, it is pitched just right. I don't know how I would be capable of looking immaculate after nearly two months of night raids and no sleep though. It's an effort not to leave my slippers on to do the school run, never mind hair, makeup and a suit.

Ah, Lux. Or, rather, no Lux. The Lux company even published knitting books, I have one from 1940, with instructions on how to use it for washing woollens properly.

'...fashion is making play with vivid contrasts that look terribly dashing.' It was marvellous the way that scarcity fuelled creativity in fashion then, from fair isle knitwear to CC41 designs.

Thrifty knitting. I do have a box of scraps that I use to stuff buttons and knitted brooches. I've not quite stooped to going through bins for wool.

This has to be my favourite of the lot, and words to live by! This leads me on nicely to my not so nice problem with 'collecting'.

I have been on ebay again. I can't seem to check myself or limit my bidding - I become like a woman possessed when the clock is ticking down. Then if I do win, I seem fuelled with testosterone and punch the air, (and the ceiling) in victorious cheering. It's not nice. It brings out the thug in me. (So does driving - but that I can justify, as it is a battle of the sexes every time you get in the car. Ever seen an Audi driven by an older lady going under 30mph?)

I am going to have to cut myself off from ebay, as least for the forseeable future, or until I save up. I remember a radio programme discussing the psychology of collecting. It got me thinking about my own 'collections'. Knitting patterns and magazines, wool, vintage knitting needles, 78s, vinyl, vintage clothes, shoes, red lipstick...the list goes on. But am I a real collector? The programme defined it as someone who doesn't use the item they have bought, simply acquires it for the sole purpose of possessing it. I suppose it has to be a bit of both for me. I would like to think that I will use up the wool, and at least knit some of the patterns, but I know that it is a lot about owning something that is rare, scarce now, as it was even then, like that 1940s Stitchcraft above.