The Shellac Sisters - a 78 rpm adventure in pictures 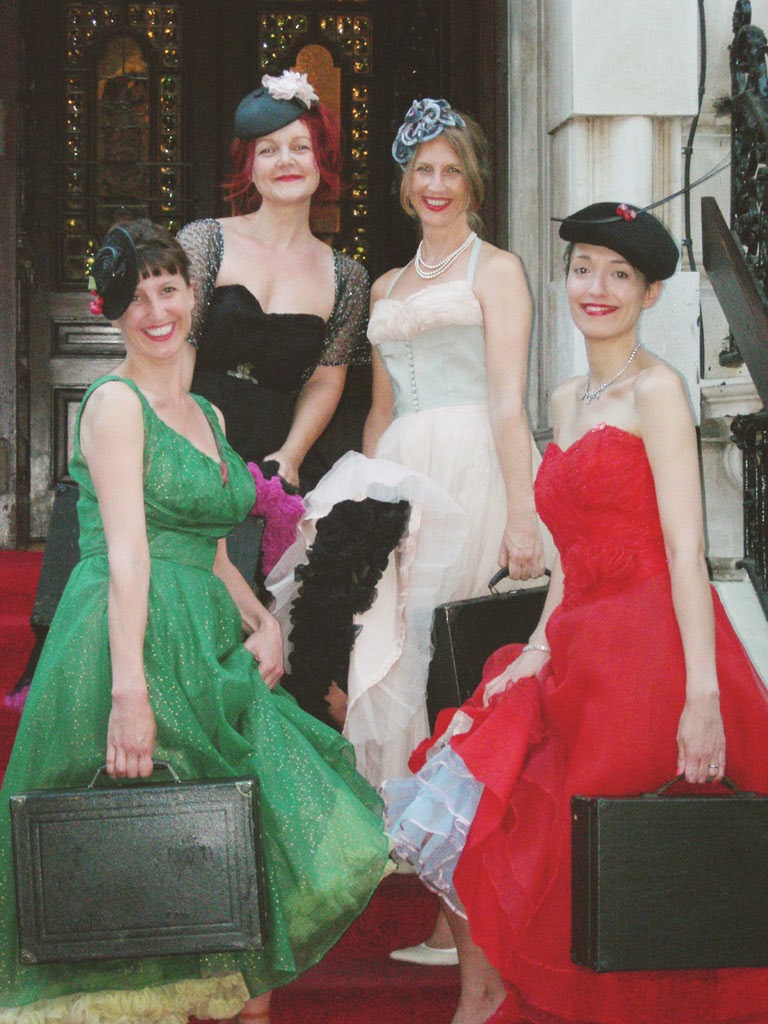 The Shellac Sisters celebrated ten years of spinning 78s together at the end of 2014 with cocktails and dinner at The Gilbert Scott, part of the St Pancras Renaissance Hotel. I've been meaning to put up a blog post and a page about The Shellac Sisters for a long time, so here it is. 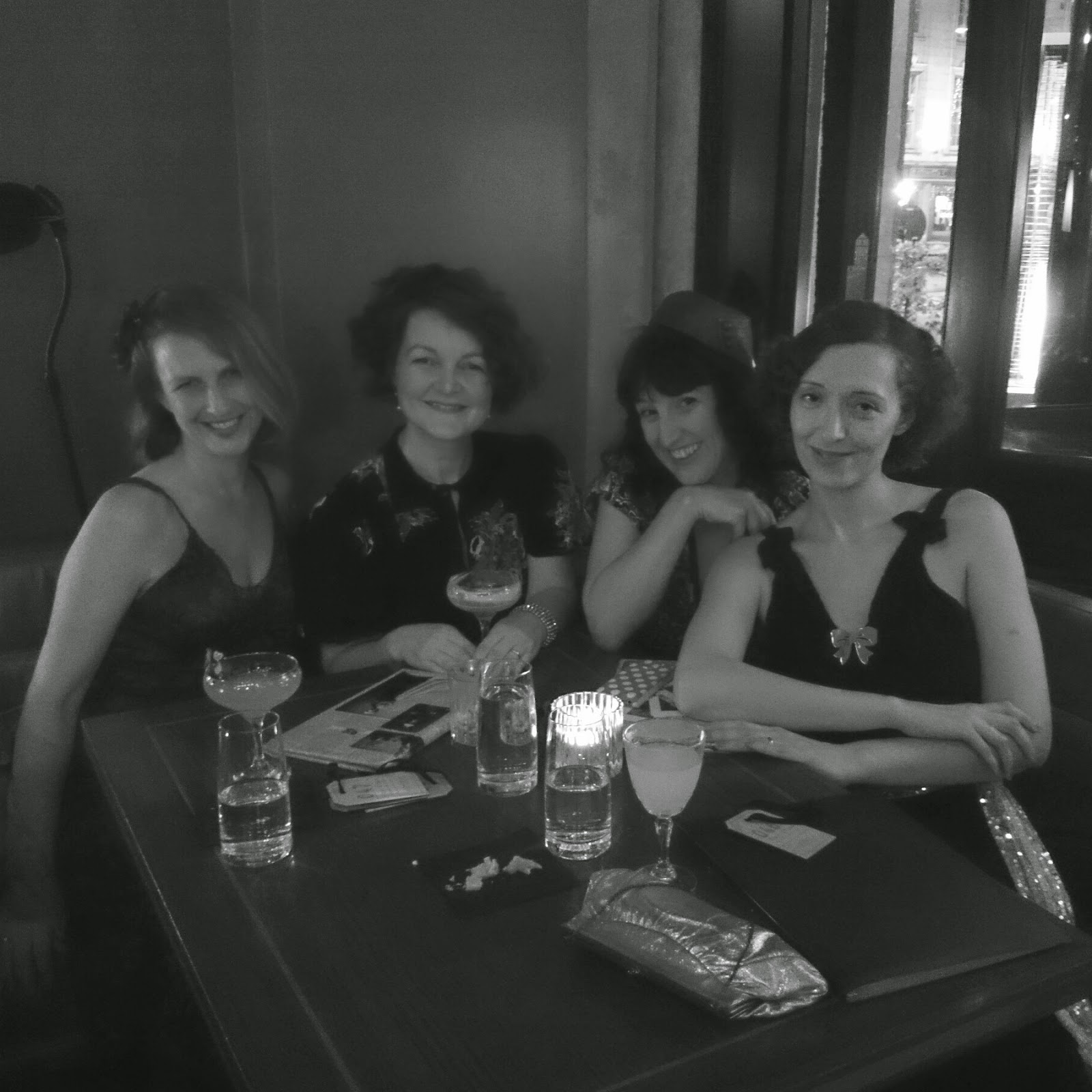 The Shellac Sisters (with cocktails) at The Gilbert Scott Bar
Mine's a Corpse Reviver No.2.

The Shellac Sisters began DJing with gramophones in 2004, after a birthday picnic that summer when one of the sisters brought a gramophone and a handful of 78s along. It sounded great, and filled the picnic spot with sound loud enough to dance to. It didn't take long before we had all 'found' a gramophone (or two). 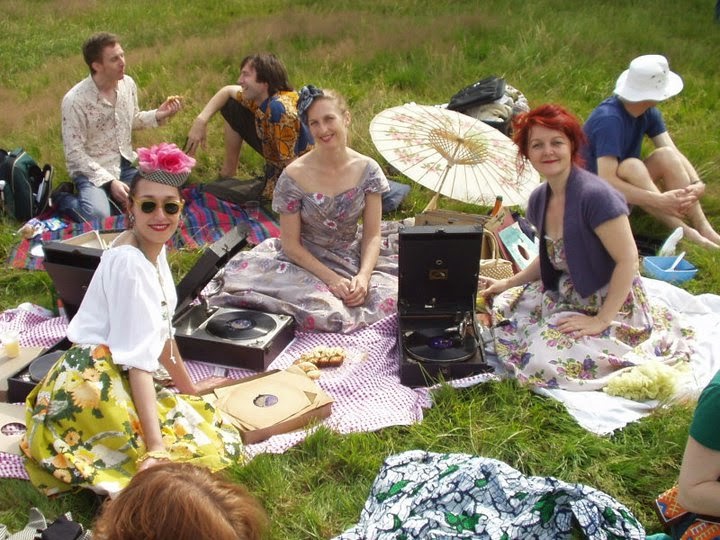 One should never dress down to a picnic. 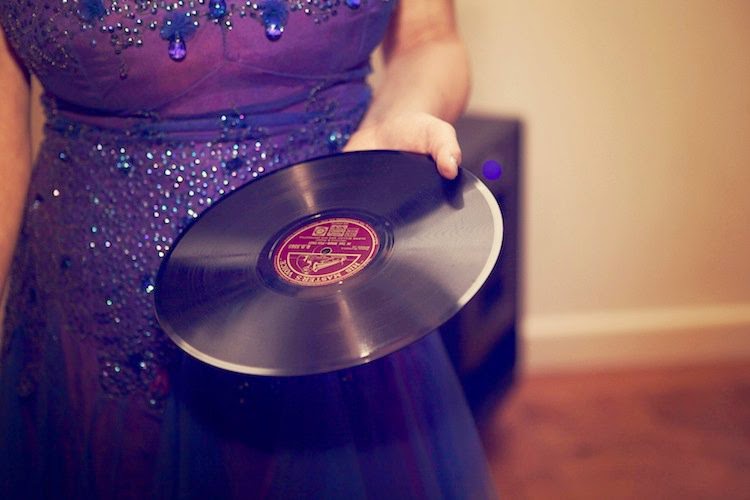 It's been an amazing ten years, with gigs varied and exciting. Take a look at the page if you want to see more, but here are a few of my favourite pics from the past ten years. 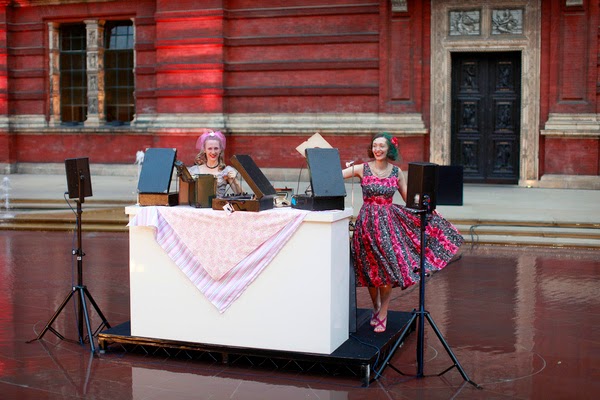 This has to be one of my absolute favourite gigs of all time: A private party for a publishing company, which had the fantastic idea of hiring the V&A for a summer party. They flooded the outside area, and we had to jump on the platform before it got too high! We were then stranded there for the whole performance. Or, at least I thought so. Thankfully Jane had had the forethought to purchase some wellies in advance. Mine were leopard print. 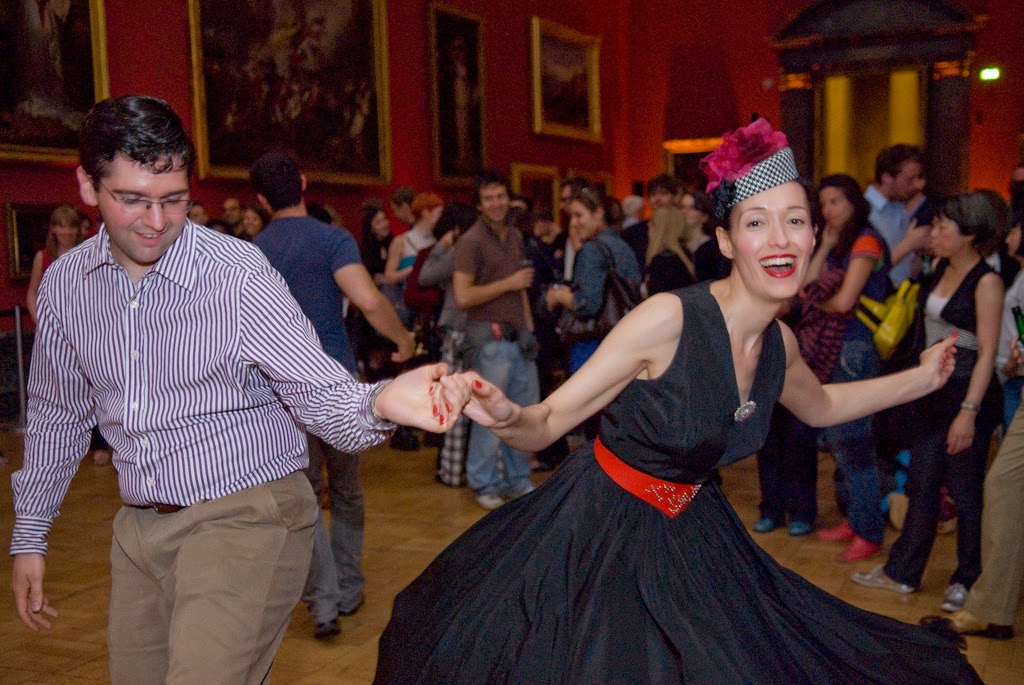 I don't know who took this photo, but thank you whoever you are. My hubby doesn't dance much anymore, so this is a very precious picture. It was a Late at the Tate night, and we drew a huge crowd of Lindy Hoppers. 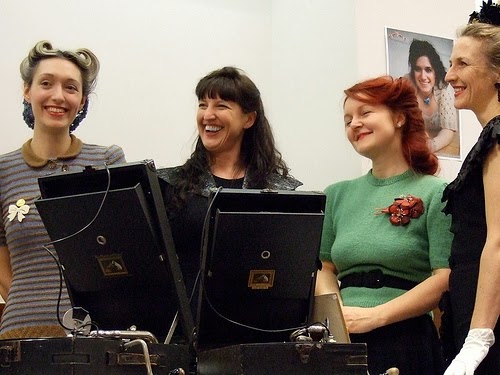 I shouldn't have been at this gig, as it was on a Saturday when I work. It was for the wool shop I Knit in Waterloo. A whole day of knitting workshops, stalls and a talk by Jane Waller, whose 1972 book 'A Stitch In Time' I'd long coveted. It was a real turn of fate that got me here - one of those days when everything changed for me.

It wouldn't have happened if I hadn't been scratched by a cat in my garden a couple of months before. I got a really bad infection in my hand that needed surgery (Cat Scratch Fever)! I couldn't work for about six weeks, so at the last minute my mum and hubby convinced me to go along to this gig, as it wouldn't be too strenuous. That was the day that I met Susan Crawford and Jane Waller. Jane was talking about the re-issue of 'A Stitch In Time', with Susan, and when she saw The Shellac Sisters she offhandedly asked us if we would model for the book. I immediately said 'Hell yeah!' I wore my knitted dress that day, which later came to be featured in the book.

I've thought about that day many times since, and what got me there. It sounds a bit trite, but out of something awful, really awesome things can happen. Well, they did for me on this occasion. 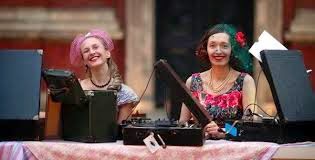 Another V&A shot, with both of us beaming with happiness. A very gallant gentleman kindly waded out and supplied us with refreshments of the bubbly kind, which may help explain it. 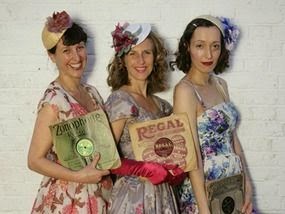 This was shot in an alleyway next to The Rose & Crown pub in Walthamstow for a newspaper article. I honestly can't remember which newspaper, though I've got a copy somewhere. I nearly didn't go, even though it was only up the road from me. It's not that I'm lazy (though I am!), just that I was feeling a bit sorry for myself. I was five months pregnant and feeling sick all the time. In retrospect (and in spite of the look on my face), I'm glad that I went. 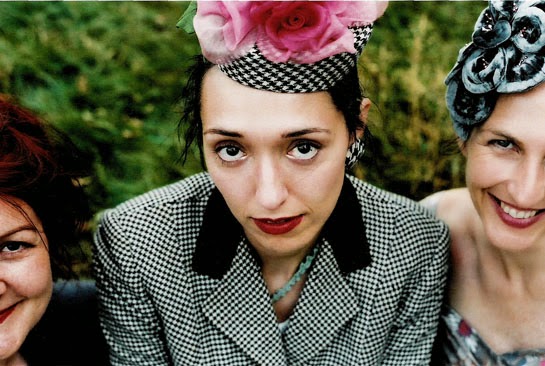 This is from a picnic, and one of V's photographer friends took a couple of shots of us for promotion as we really needed them in the early days. I don't know why the other ladies' faces are cut off though. It wasn't me, really! 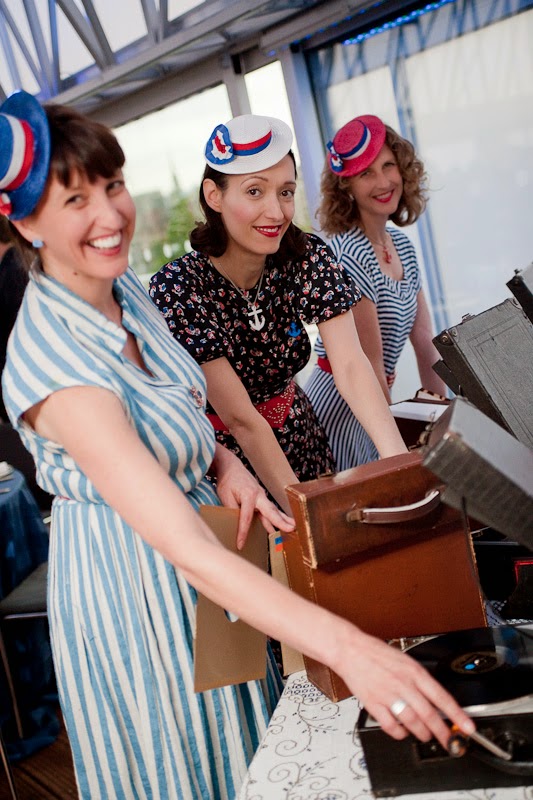 A nautical themed party for the National Theatre. We were on the roof, the deck, with views over London and the river. It was summer, an English summer, so there was a torrential downpour. Like the hats? They are all made by Jane (in the red hat), who is a milliner. 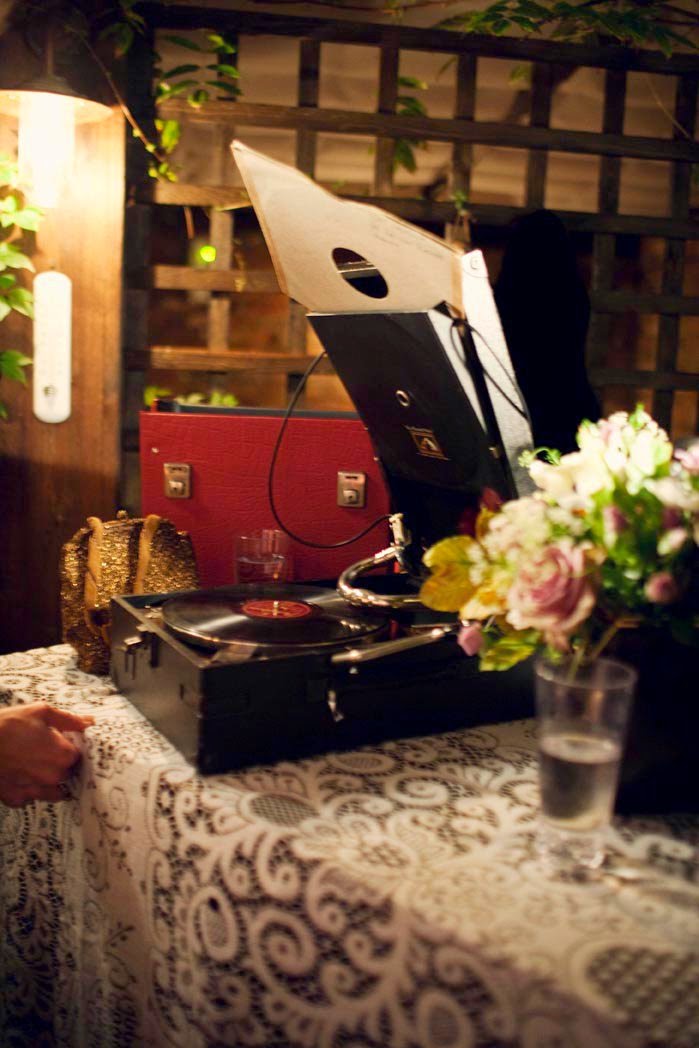 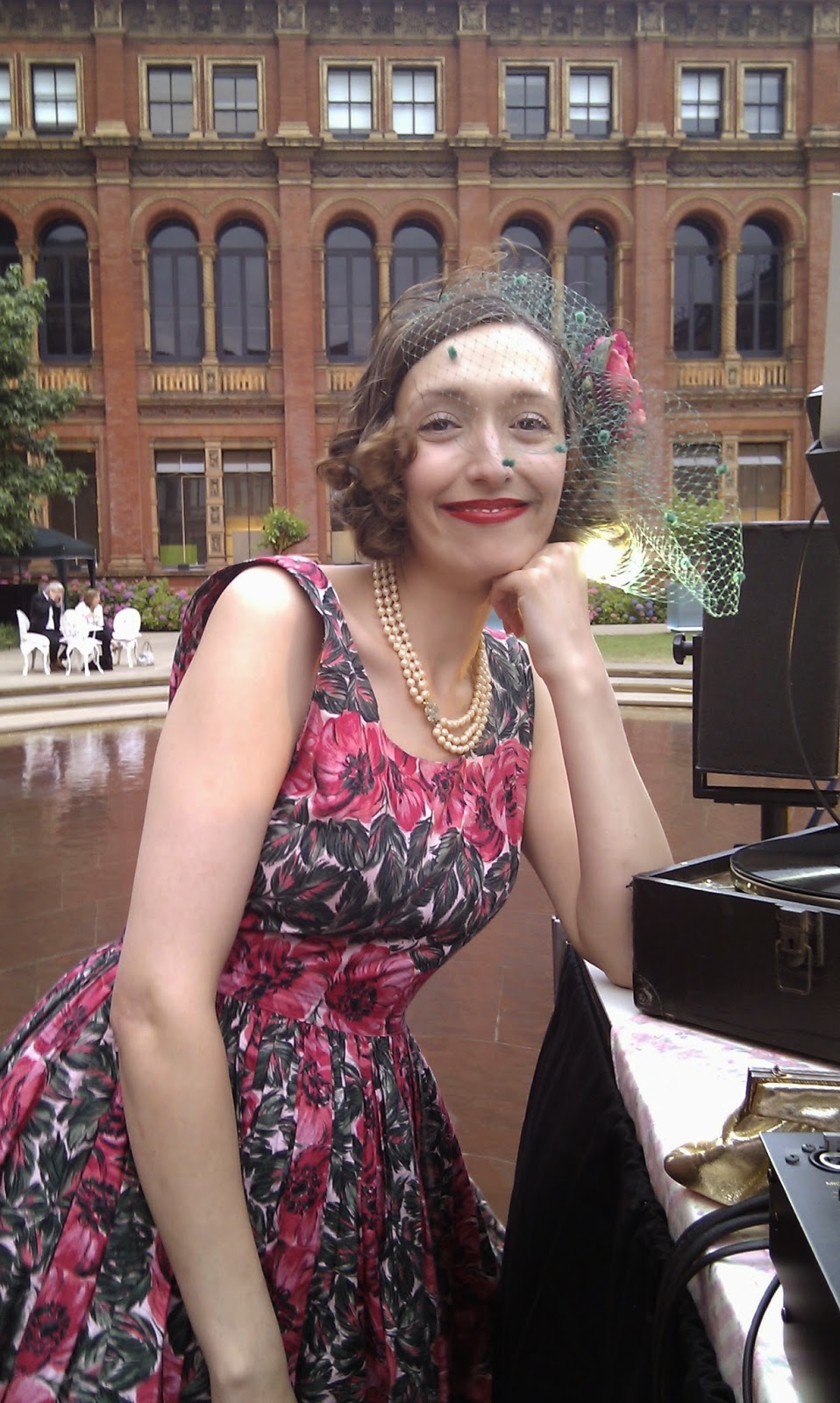