A short and sweet post this week, as I haven't any finished jumpers to show.

I'm on the second sleeve of 'Your Victory Jumper', so it might be near completion by next week.

I recently made my friend a clutch bag for her birthday. 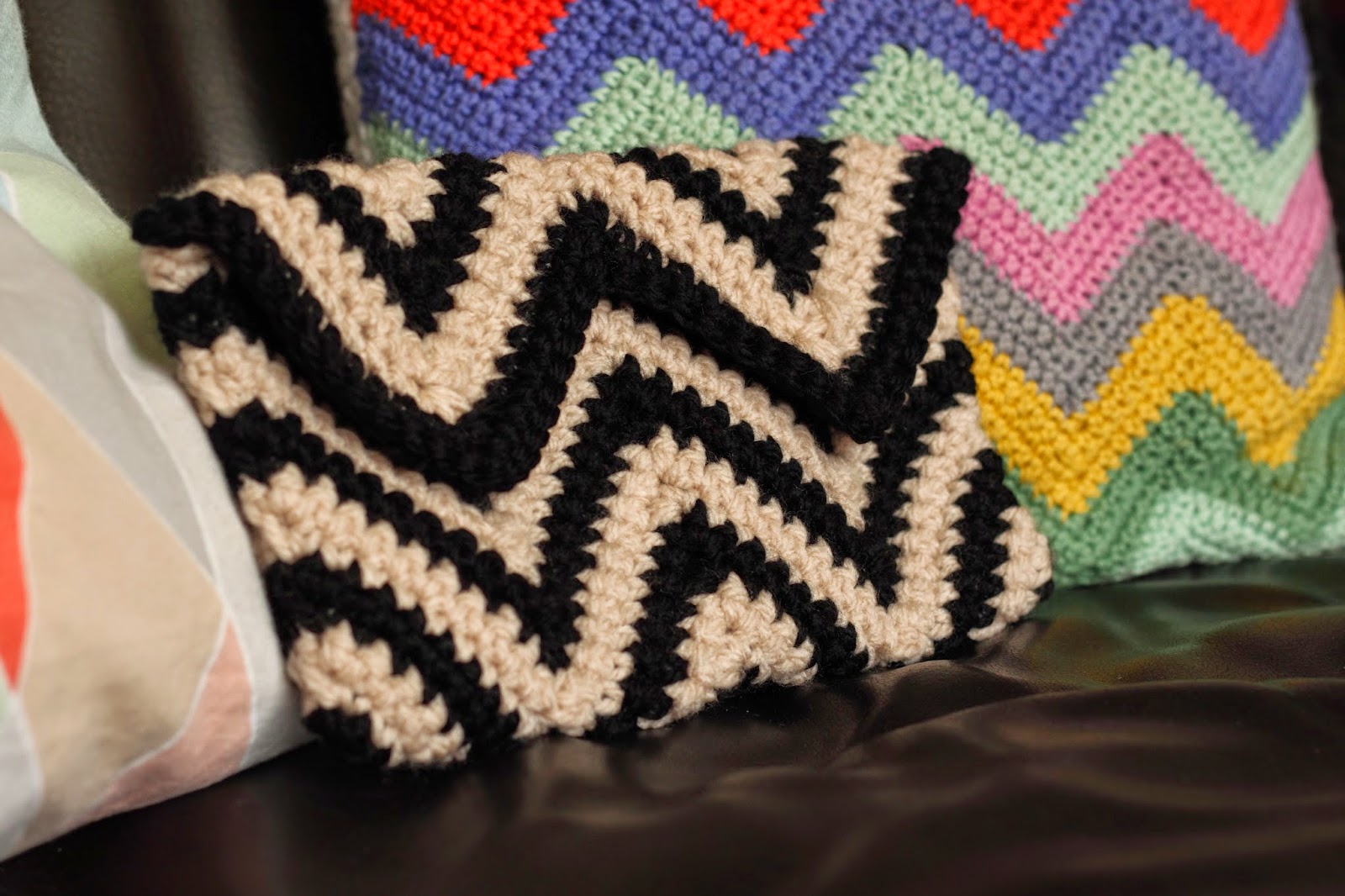 I looked at lots of chevron patterns, tried them out, but none worked for me. I had a go at my own version, and I was pleased with how it turned out.

It is a pattern I would like to make available as it is relatively quick and easy. It uses chunky weight yarn and a 5 or 6mm hook. You have to be a bit partial to chevrons though.

We've been busy in the TGW household, the start of a new term for my boy, and out and about DJing in the Stow. Last Sunday we took Nashville-on-Thames to the Wild Card Brewery, for some Honky Tonkin' and Rompin' 'n Stompin'. It was an afternoon event, so we brought the little ones along. Our friend Andrew Mueller was there, as the other member of the 'family'. In fact, it was just he and my husband who first set up Nashville-on-Thames at The Lexington. I've just muscled in recently, to play what Andrew describes as 'pre-war horseshit'! Otherwise known as Western Swing, and damned good it is too. Bob Wills, Hank Penny, early Hank Williams, Tex Williams, Leon McAuliffe, Al Dexter, and the Modern Mountaineers to name just a handful. It was a success, but quite stressful 'wrangling the critters'. 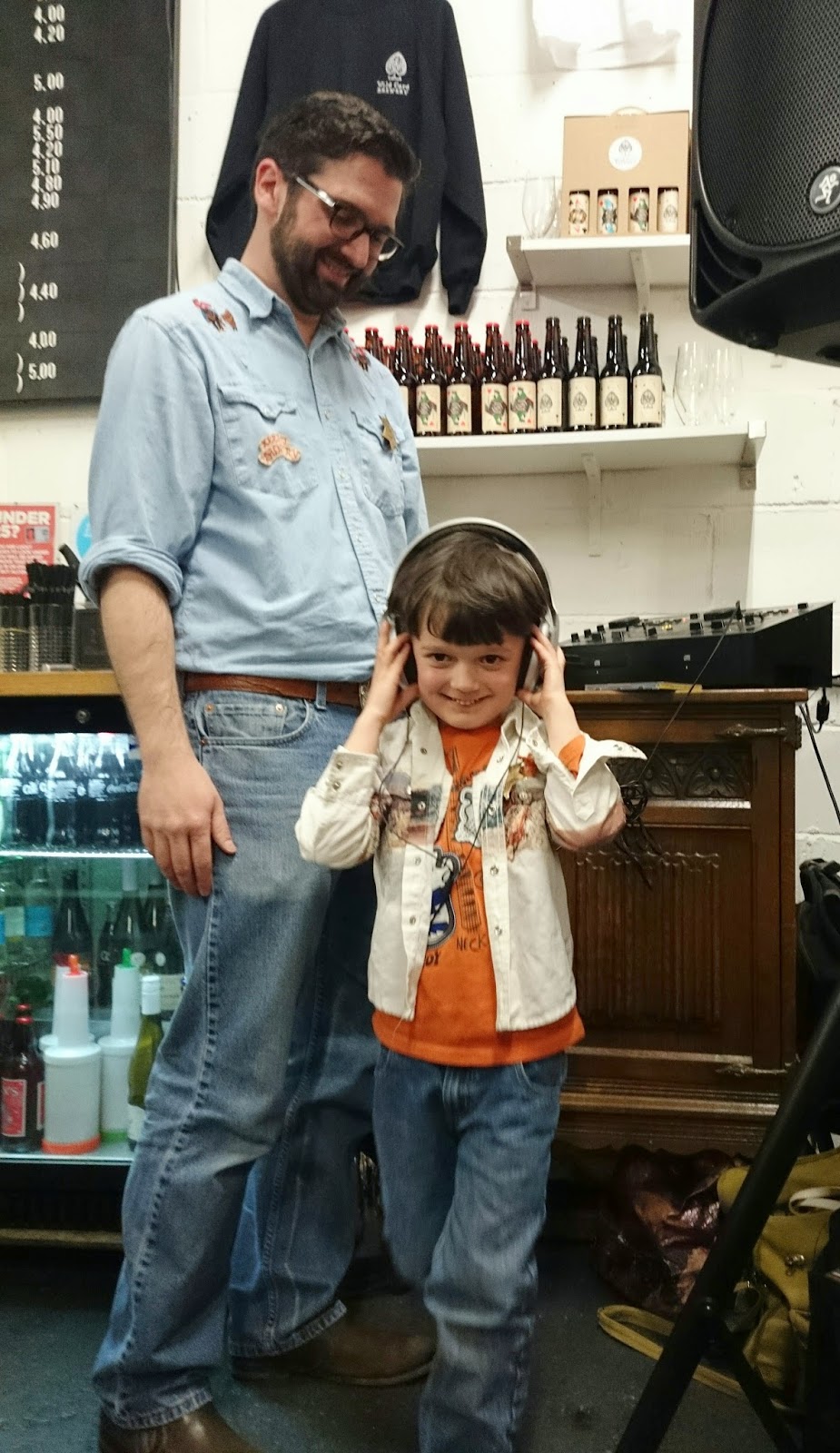 He is quite a shy boy, but has shown an interest in being in the limelight recently. He took the microphone at his school disco at Christmas and thanked people for coming, which nearly floored me. (I think someone had spiked the punch). 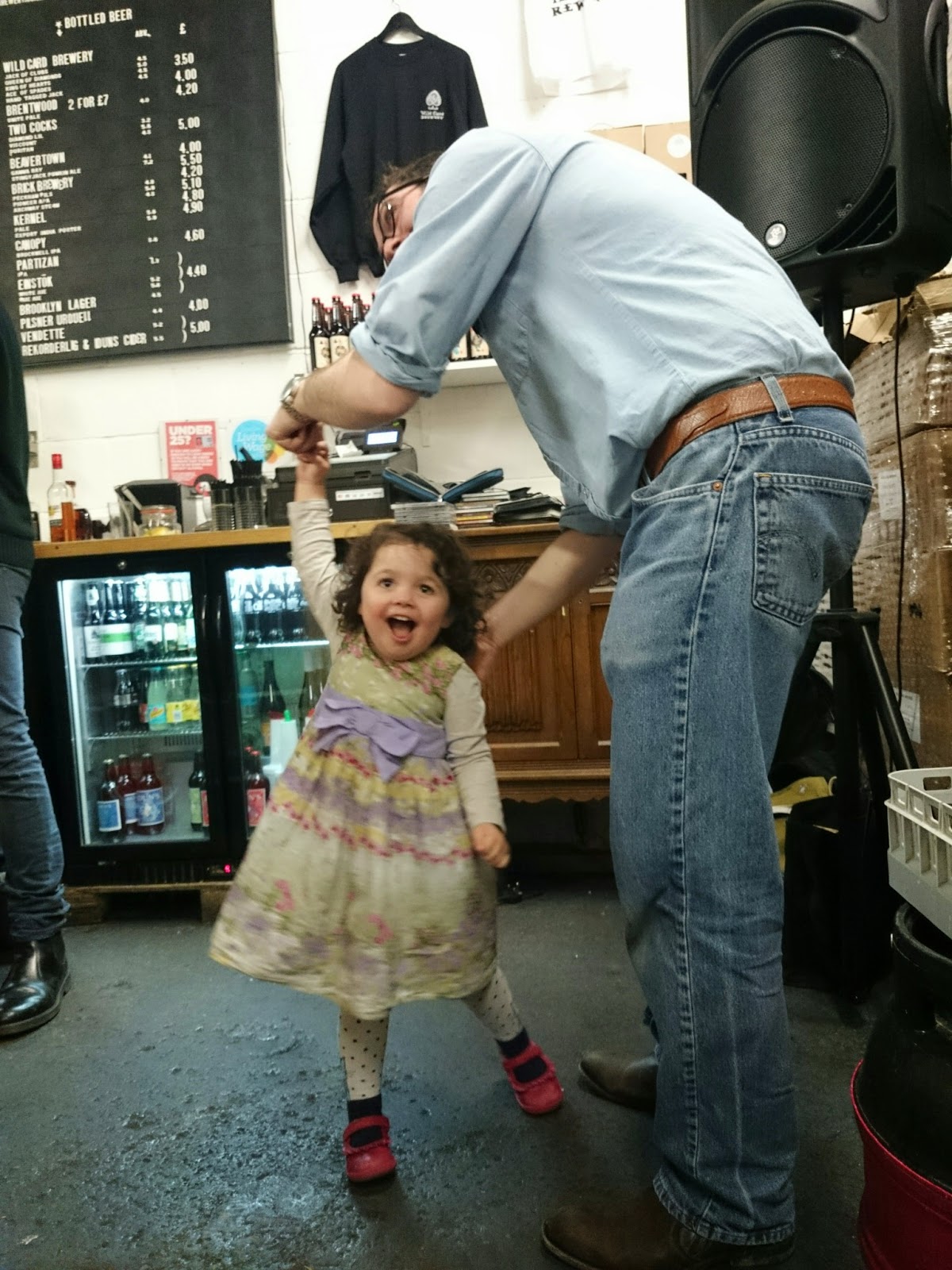 Whereas Miss B is always forcing her way to the front of the crowd. That's my girl! Loves dancing and singing. And roaring like a monster.

We have another Mixtape coming up next Saturday, in conjunction with a Bank Holiday Hog Roast and Cider Festival at The Chequers. We have decided to theme ours as more of a luau though, when my husband found this image. 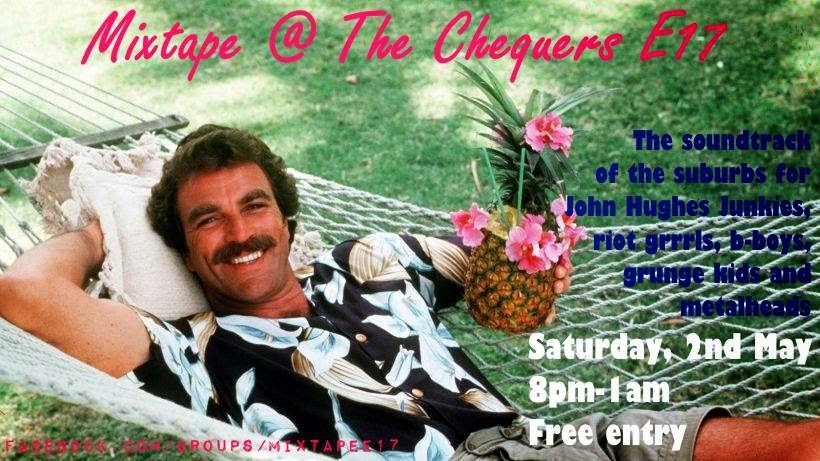 I'll be walking into the party like I'm walking onto a yacht. Think late 70s, early 80s sophistication. 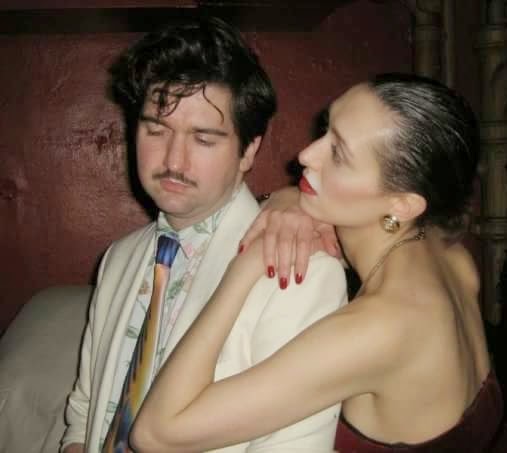 Image from Prom Night,
trying not to laugh

At the last one we had people dancing on the tables. I think it was Tori Amos' 'Professional Widow' that did it. How do you top that?

I'm looking forward to another gig this Sunday in the Stow again - BeBop Baby. This will be the youngest crowd I've played for, and I'm really excited about it.

...a small back-street club in some European country, it doesn't matter exactly where, a place where they played hot jazz, dance bands and swing music interwoven with Latin-American rhythms, bal musette and other popular music of the day. A place where high-life rubbed shoulders with low-life... where the flotsam and jetsam gathered to try to forget the real world outside.

I'm meeting a like-minded vintage knitter for dinner first, who promises to wear a completely home made outfit, including a knitted jumper and coat. Hmm, the gauntlet has been thrown down...