I recently won three Home Chat magazines from ebay. I haven't looked at ebay for years - I had to cut myself off as I was getting obsessed with vintage knitting patterns and magazines, and they were getting ridiculously expensive.

Living in London, there are few places you can find these beautiful magazines now, they have been snapped up long ago. So my only source is ebay. 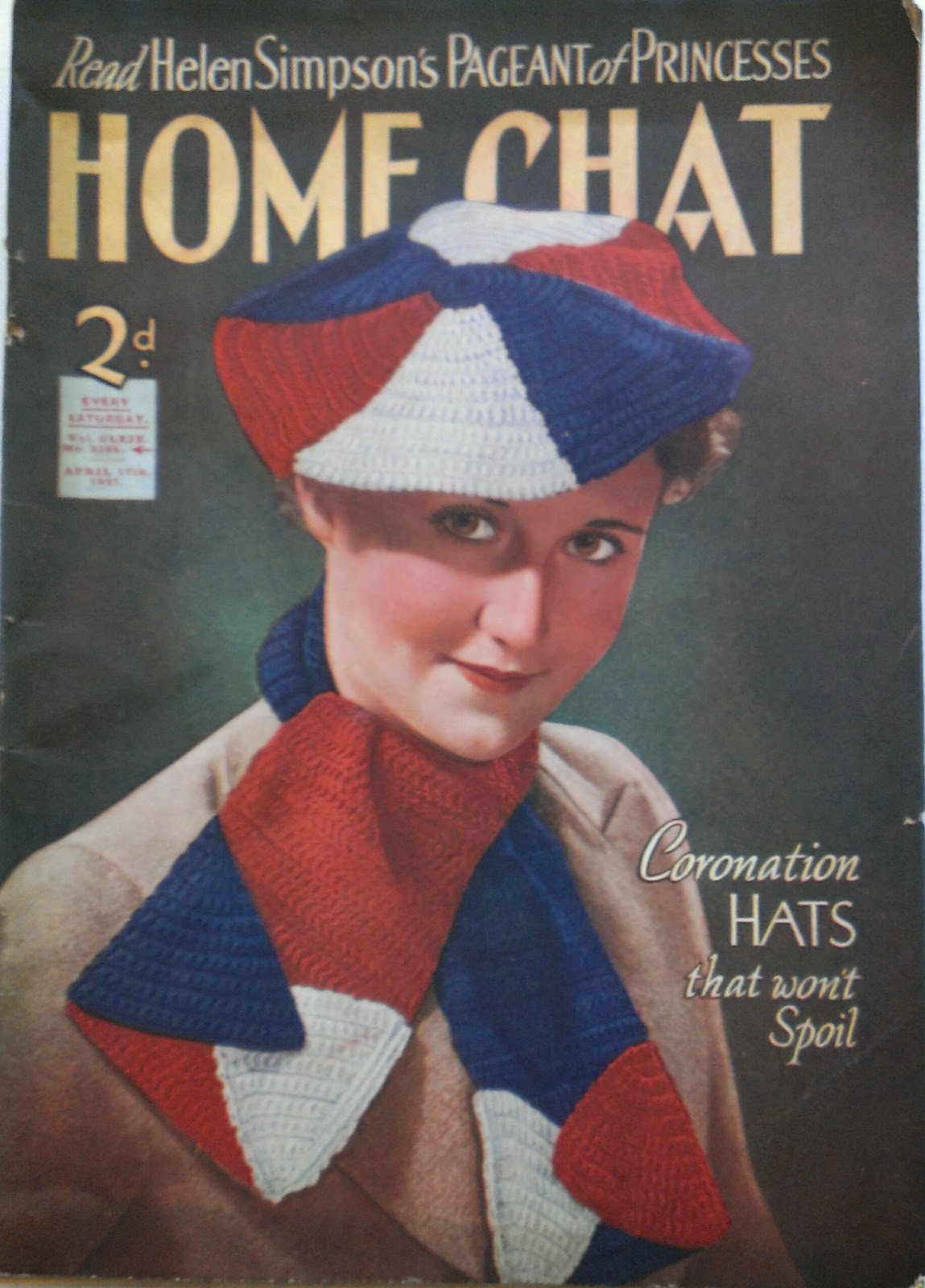 This coronation edition looks very modern, I love the bright patriotic colours. The scarf and beret are made in triangles of double crochet. 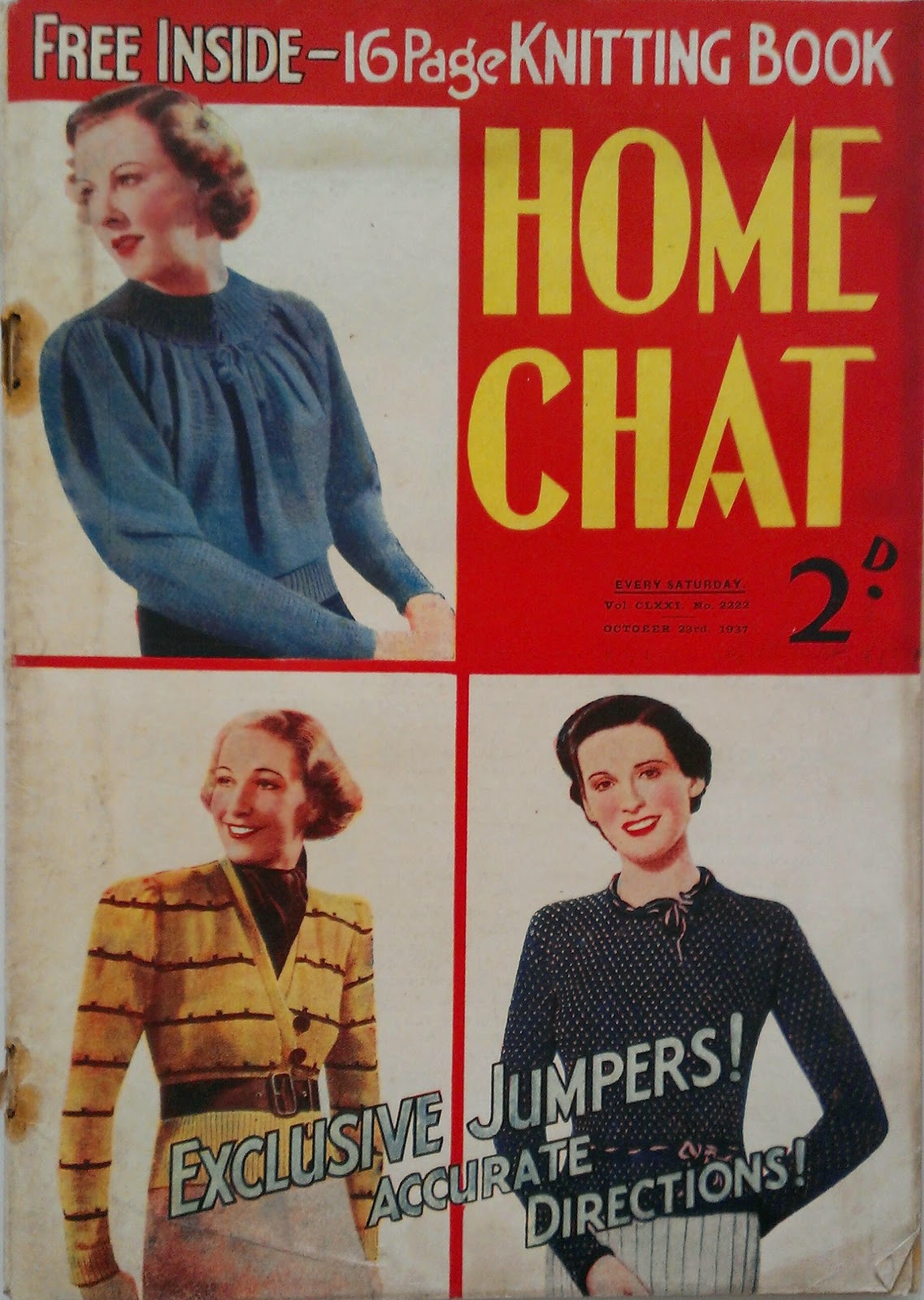 I was most interested in the last one with the knitting booklet included, and was surprised that it was still there. They are very fragile, pages coming away from rusty staples, but I still took one to bed and read the New Short Serial by Leonie Mason, 'Dreams for Sale'.

It was a bit silly, but quite sweet. Of course, I don't know what fate awaits her as I only have the first installment.

This edition is from October 23rd 1937. On the cover it says 'accurate directions!', which I imagine means the pattern has been checked. I love her smiley face. This is called unimaginatively 'The Cover Jumper'. 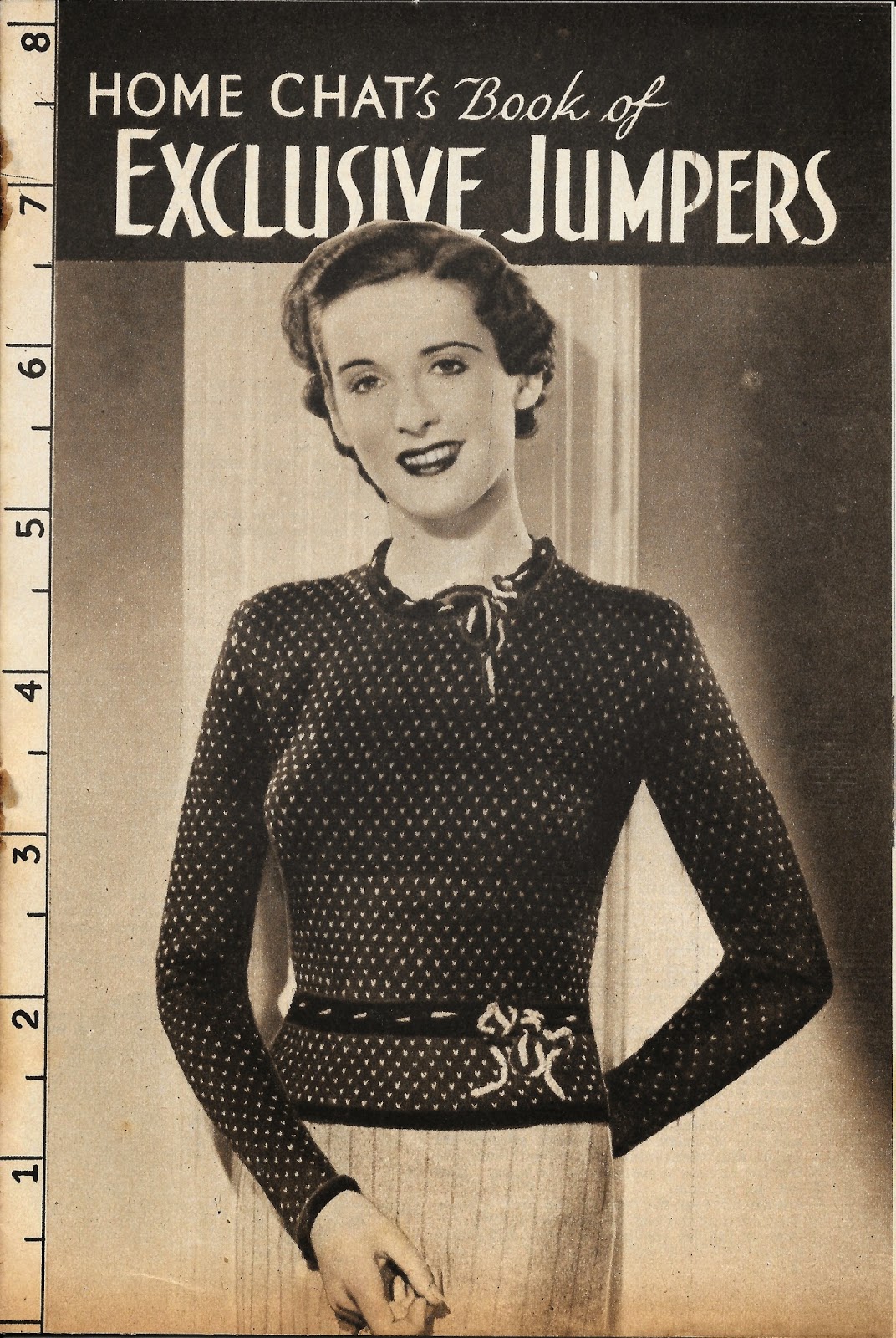 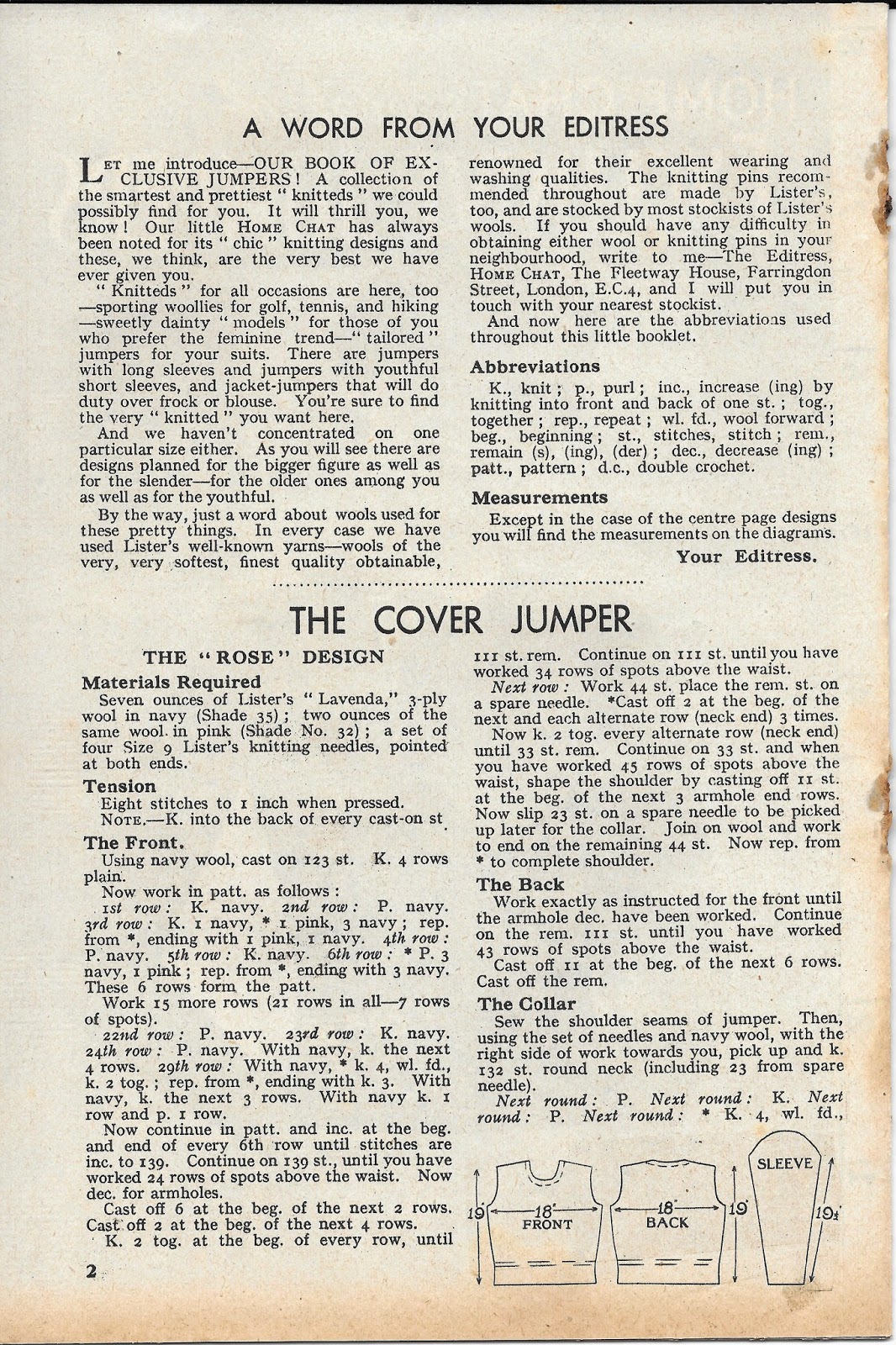 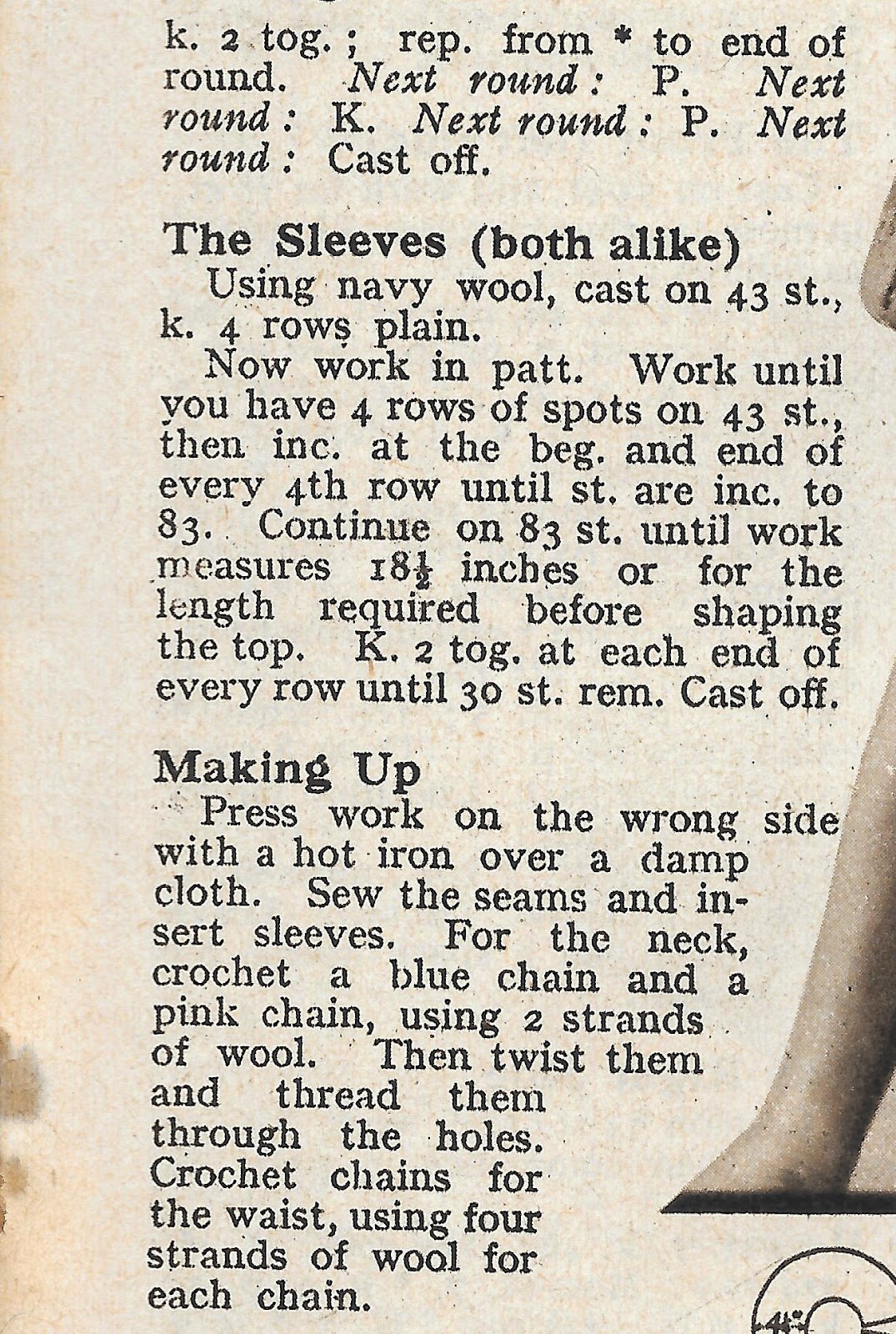 I have also included the 'Daisy' design. I can't resist a puff sleeve. 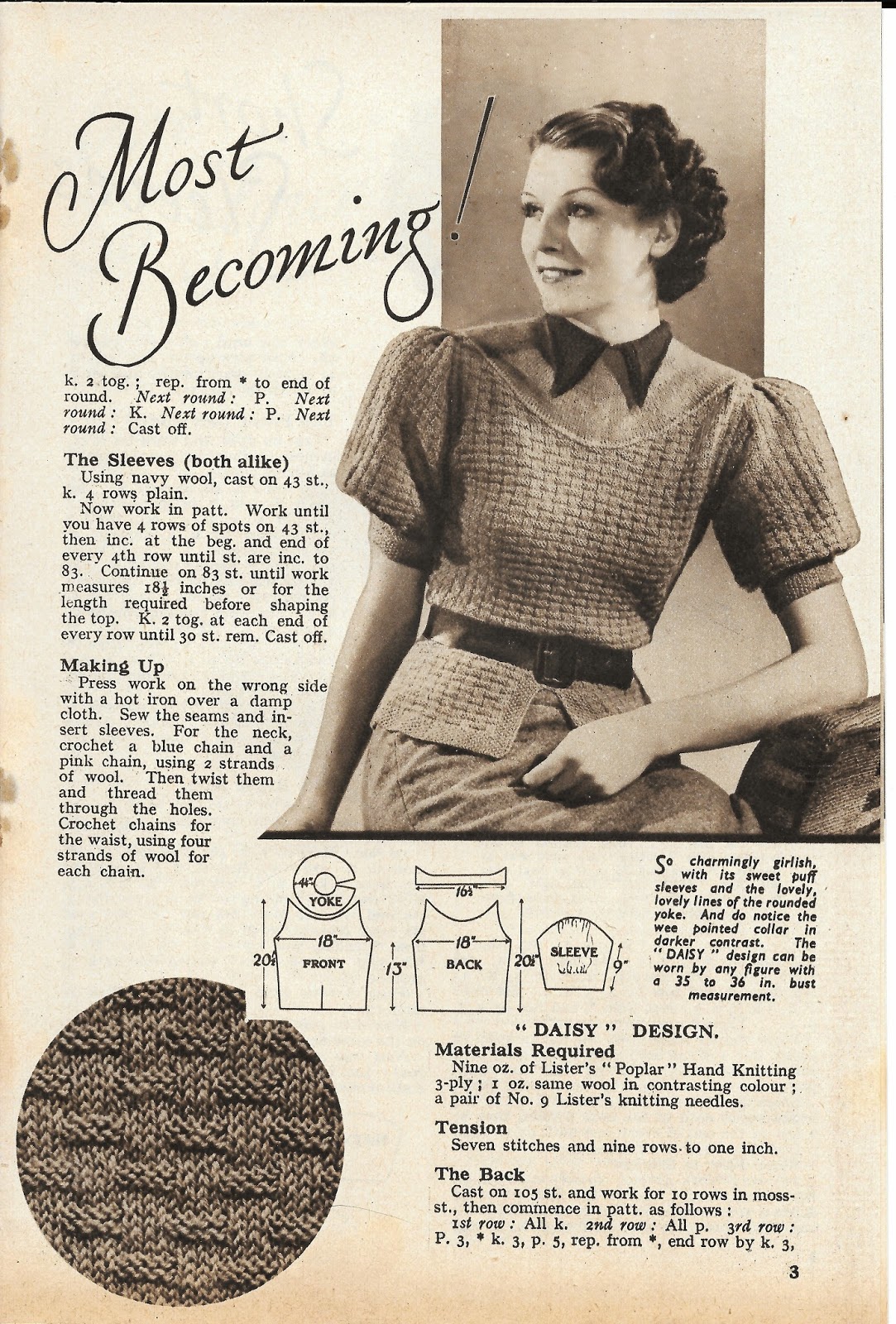 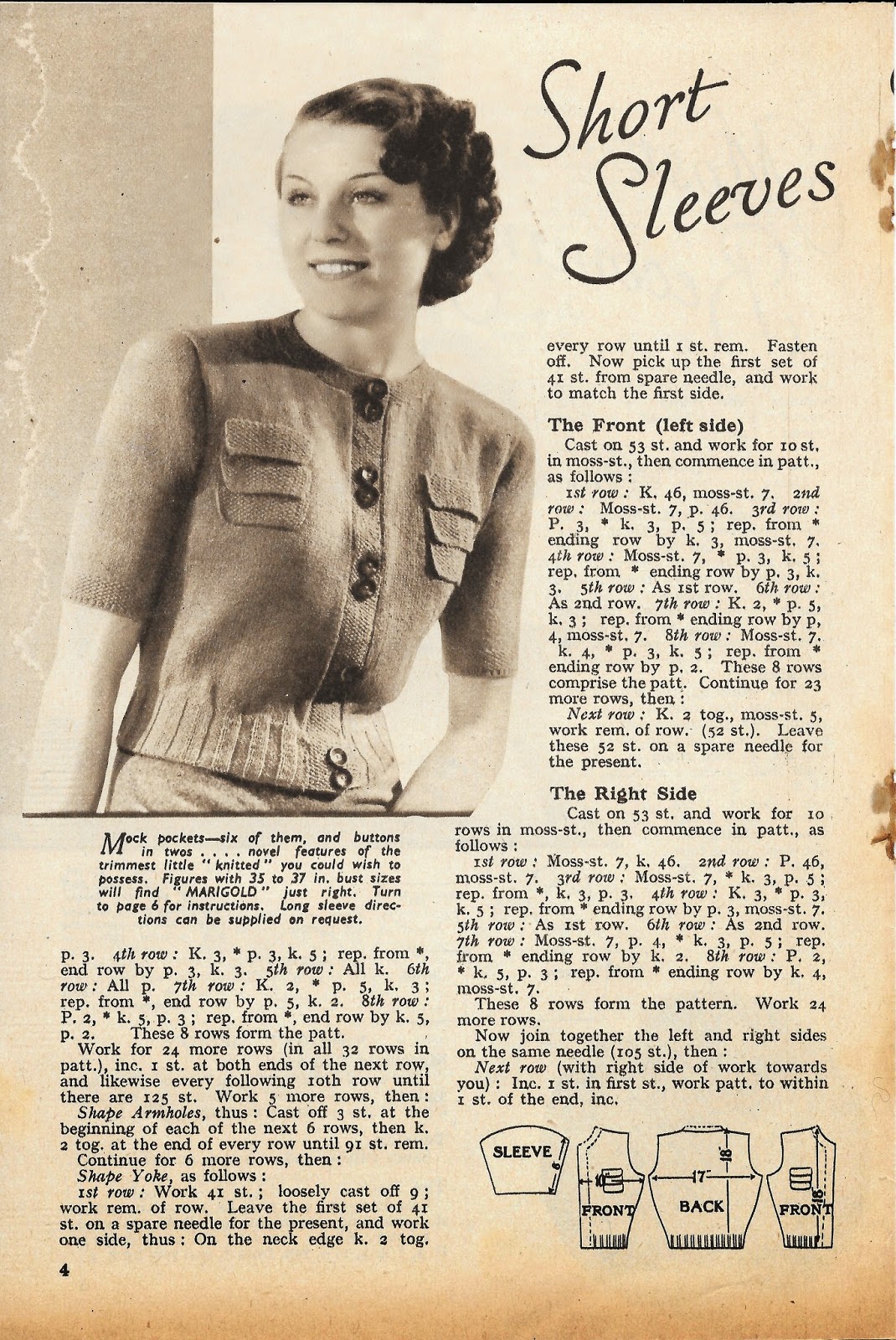 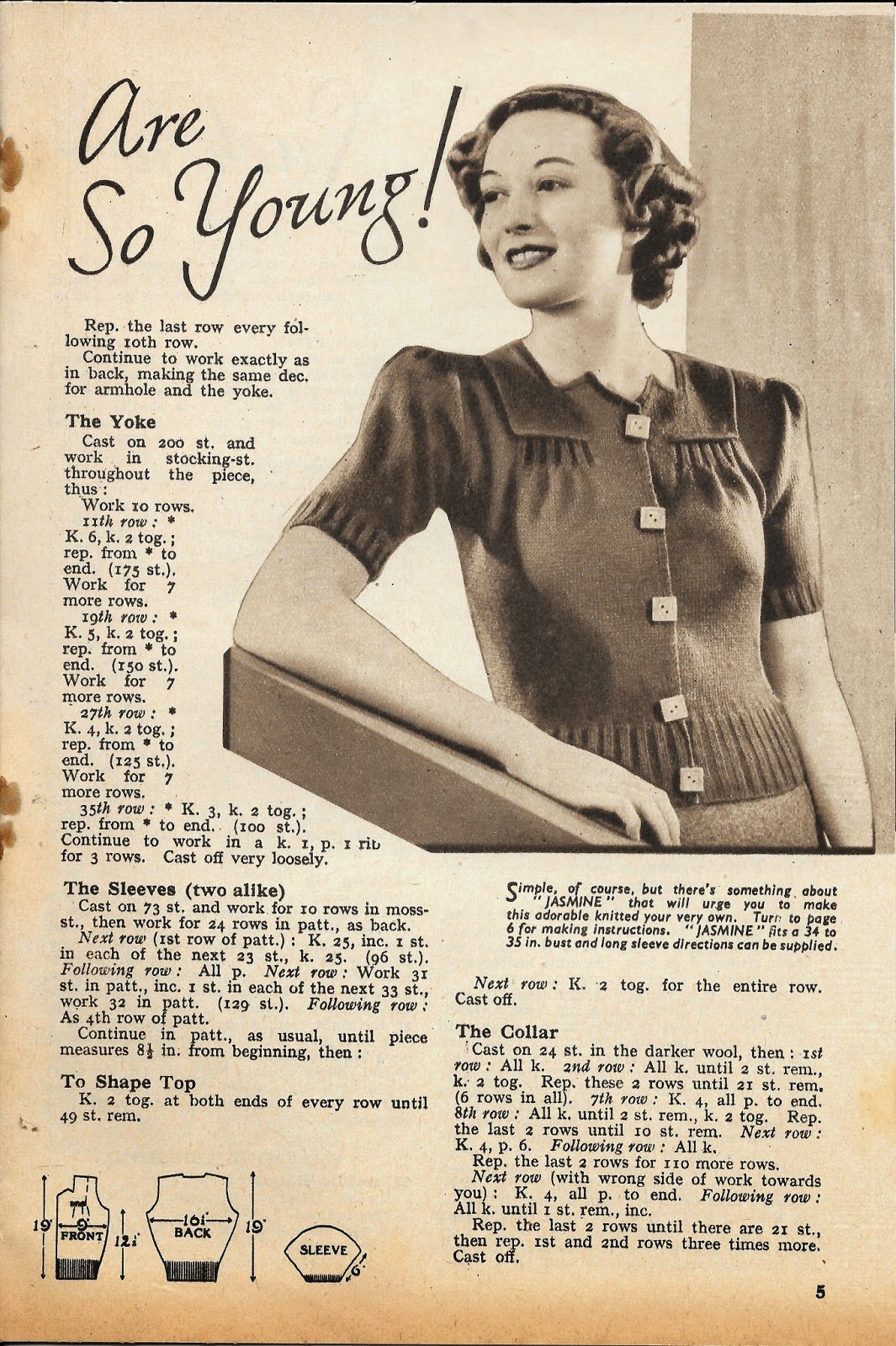 They are both for a 36 inch bust, and use 3 ply wool. The cover jumper uses two colours in the same row. The 'Daisy' design has a lovely basketweave stitch.

I love it when the pattern tells you what colours were used. They are often colours you would never think of putting together. Navy and pink? Yellow and brown? A lady I know who is now in her eighties told me when she was young she had two 'maiden aunts' who were 'career girls' in the 1930s, and still remembers the beautiful clothes they wore, and how daring the colours were. I particularly asked her about knitwear. She remembers a combination of magenta and royal blue. Wow.

It's so rare to find single patterns in colour from then. As well as Home Chat, Good Needlework and Knitting often had colour covers, and gave suggestions for colourways. I wonder if people would follow their advice, as they do now? I know having looked at the patterns from A Stitch In Time so many times, the jumpers are burned into my brain, and I just can't imagine them any other colour.
Posted by Theodora goes Wild at 09:56